This week, Georgia tells the mysterious story of the 1989 Mount Asahidake SOS incident and Karen covers the 1964 Alaska earthquake.

"A reporter looking for clues about who spelled out a giant SOS sign with birch branches on a mountain slope has found nearby the driver’s license of a man who disappeared on the mountain in 1984.

But police said Sunday they have not found the climber’s body nor have they identified human bones, thought to be a woman’s, also found near the SOS on the 7,514-foot Mount Asahidake on Japan’s northernmost island of Hokkaido.

The case has been followed closely by the Japanese media since the SOS was first spotted July 24.

Koyo Aburatani, a reporter for the Hokkaido television station HBC, said he found a driver’s license, two cameras, a notebook and other items in a large hole beneath the roots of some trees 165 feet from the SOS sign Saturday.

The name on them was Kenji Iwamura of Konan City, Aichi Prefecture.

Police said Iwamura, then 22, set out hiking on Asahidake on July 10, 1984. When he failed to appear for work a week later, his parents asked police to search for him, but they found no trace.

Police said the hole in which the license was found was large enough for a human to crawl in.

The English SOS letters, each measuring about 16 feet long and 10 feet wide, were first sighted July 24 by the crew of a police helicopter searching for another missing climber. The object of that search, a climber from Tokyo, was rescued, but he said he knew nothing of the SOS sign.

Near the distress sign, police found human bones and a knapsack containing a tape recorder, a towel, soap and other articles, including cassette tapes.

Medical examinations said the bones belonged to a woman, but police said Thursday that one of the tapes contained a man’s voice calling for help.

Officers said Iwamura’s parents were not sure about the voice on the tape, but they identified articles in the knapsack as their son’s.

Police had suspended their investigation Saturday. It was not immediately clear whether they would reopen it because of the reporter’s findings..." 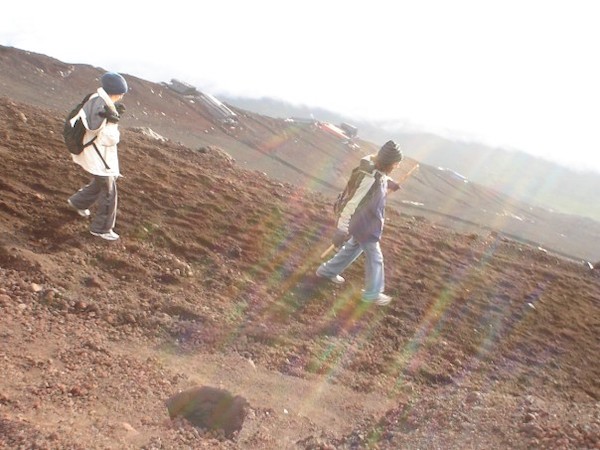 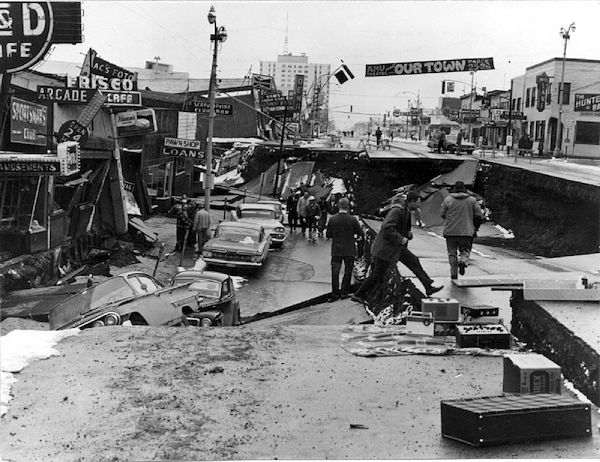 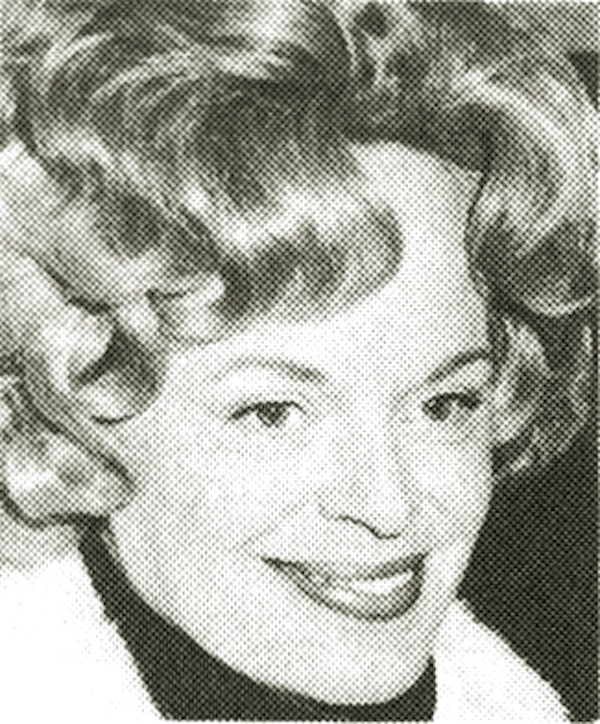 Valdez, Alaska after the earthquake and tsunami (NOAA via The Atlantic)

"At 5:36 p.m. March 27, 1964, the largest earthquake ever recorded in North America, a 9.2-magnitude on the Richter scale, shook south-central Alaska, sending buildings toppling in Anchorage.

The massive quake unleashed a tsunami that reached heights of 150 feet in the open ocean and spread across the Pacific, striking the coasts of southeast Alaska,  British Columbia and United States.

Of the three states on the West Coast, California — and especially Crescent City near the Oregon border — was the hardest hit by four tidal waves waves that arrived just before midnight. A monster swell flooded the town, killing 12 people and causing an estimated $15 million in damage.

​​The tsunami also impacted the Bay Area. The San Francisco Chronicle reported March 29 that the tidal wave created havoc in harbors inside the Golden Gate..."

Reddit, MorbidReality Post by Responsible_Yam_689, “Recording Of Kenji Iwamura Yelling For Help From 1985 Who Was Stuck At A Hike At Daisetsuzan”

Mysterious Universe article by Brent Swancer, “The Strange Case of the Bizarre Vanishings and Mysterious SOS Signal of Japan”

“Chronology of Physical Events of the Alaskan Earthquake” by Genie Chance. 1966.

“This Is Chance! The Great Alaska Earthquake, Genie Chance, and the Shattered City She Held Together” by Jon Mooallem