The Kidnapping of Jody Plauché

The Life of Bessie Coleman

This week, Georgia and Karen cover the kidnapping of Jody Plauché and the life of Bessie Coleman.

The Kidnapping of Jody Plauché

The Kidnapping of Jody Plauché Notes:

"When the man accused of kidnaping Gary Plauche's son walked off American Airlines Flight 595 from Dallas, Plauche was waiting to settle a score.

Deputies paraded their prisoner into the lobby, TV cameras clicked on. Jeffery Doucet, 25, a bearded karate instructor who had taught Plauche's three sons, was coming home in handcuffs.

Doucet was walking past a sign warning against knives, Mace and guns when Plauche whirled from a bank of pay phones, put a .38 to Doucet's head and fired once, a shot since viewed by millions on the nightly news. Then he slammed down a phone.

"Sonofabitch! Why, Gary, why'd you do it?" shouted Maj. Mike Barnett, the beefy sheriff's deputy who became the first cop to lose a prisoner on TV since Jack Ruby shot Lee Harvey Oswald. He leaped at Plauche (pronounced "Plo-shay"), disarming the old friend whose son he'd helped track to California.

"If somebody did it to your kid, you'd do it, too!" wept Plauche, an amiable, heavy-equipment salesman who was hustled off to jail. Doucet died the next day and Plauche was charged with second-degree murder.

A day later Plauche was out on $100,000 bond, posted by a friend. His lawyer, Foster (Foxy) Sanders, committed Plauche to a psychiatric ward, where he has remained since, portraying him as a distraught father who believed his son had been sexually abused.

"He won't do one day in jail, not when all the details come out," says Sanders. A feisty candidate for district attorney here, he campaigns for Plauche with a copy of the Gay Advocate, the homosexual weekly his client claims Doucet gave to his 12-year-old son, Jody.

Thus, a hero of sorts was born in this city on the Mississippi, where men in caps bearing the legend "My Two Favorite Daniels: Jack and Charlie" have passions that run to crawfish, LSU belles, the fighting Tigers, gator hunts, pickup trucks, red beans and rice, family ties and homophobia. From strangers in the street to the boys at The Cotton Club, where Gary Plauche used to drink Miller Lites, ad hoc juries have acquitted him..."

The Life of Bessie Coleman 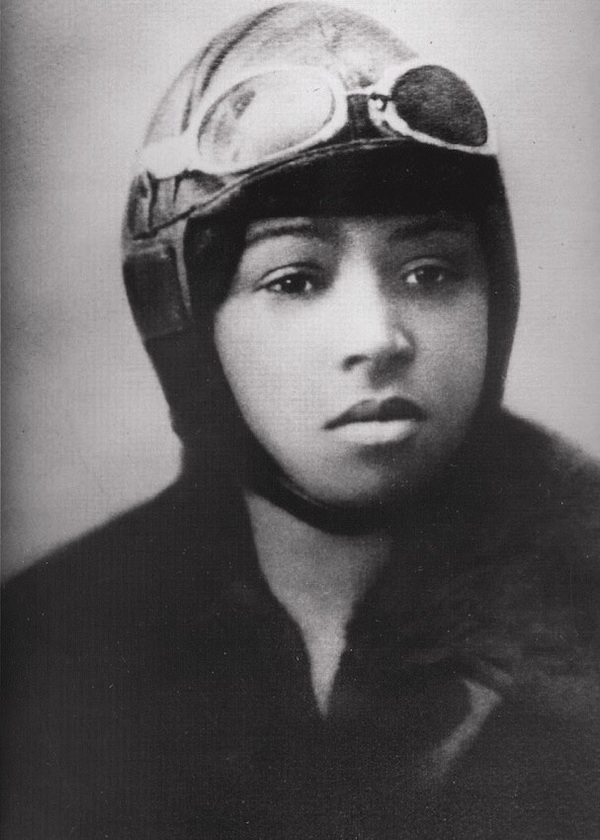 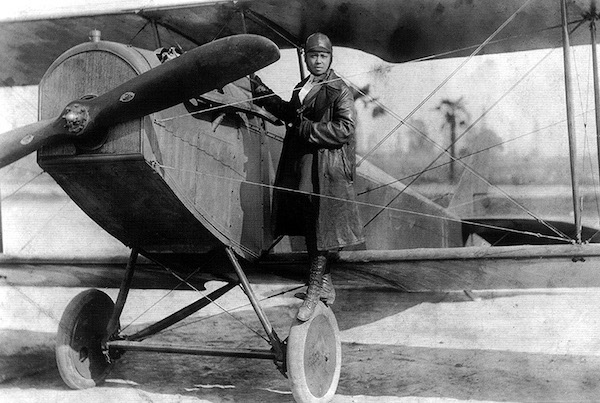 The Life of Bessie Coleman Notes:

Bessie Coleman with one of her biplanes, 1922 (via Wikipedia)

“Bessie Coleman (January 26, 1892 – April 30, 1926) was an early American civil aviator. She was the first African-American woman and first Native American to hold a pilot license. She earned her license from the Fédération Aéronautique Internationale on June 15, 1921, and was the first Black person to earn an international pilot's license.

Born to a family of sharecroppers in Texas, Coleman worked in the cotton fields at a young age while also studying in a small segregated school. She attended one term of college at Langston University. Coleman developed an early interest in flying, but African Americans, Native Americans, and women had no flight training opportunities in the United States, so she saved and obtained sponsorships to go to France for flight school.

She then became a high-profile pilot in notoriously dangerous air shows in the United States. She was popularly known as Queen Bess and Brave Bessie, and hoped to start a school for African-American fliers. Coleman died in a plane crash in 1926. Her pioneering role was an inspiration to early pilots and to the African-American and Native American communities.

On April 30, 1926, Coleman was in Jacksonville, Florida. She had recently purchased a Curtiss JN-4 (Jenny) in Dallas. Her mechanic and publicity agent, 24-year-old William D. Wills, flew the plane from Dallas in preparation for an airshow and had to make three forced landings along the way because the plane had been so poorly maintained. Upon learning this, Coleman's friends and family did not consider the aircraft safe and implored her not to fly it, but she refused. On take-off, Wills was flying the plane with Coleman in the other seat. She was planning a parachute jump for the next day, and wanted to examine the terrain as seen from the cockpit.

About ten minutes into the flight, the plane unexpectedly went into a dive and then a spin at 3,000 feet above the ground. Coleman was thrown from the plane at 2,000 ft (610 m), and was killed instantly when she hit the ground. Wills was unable to regain control of the plane, and it plummeted to the ground. He died upon impact. The plane exploded, bursting into flames. Although the wreckage of the plane was badly burned, it was later discovered that a wrench used to service the engine had jammed the controls. Coleman was 34 years old.

Funeral services were held in Florida before her body was sent back to Chicago. While there was little mention in most media, news of her death was widely carried in the African-American press. Ten thousand mourners attended her ceremonies in Chicago, which were led by activist Ida B. Wells…”

The Advocate article by George Morris