Not Counting Is The Key: The 6th Anniversary Special!

The Murder of Aundria Bowman

The History of the Insanity Defense

Episode 309: Not Counting Is The Key: The 6th Anniversary Special!

This week, Karen and Georgia cover the murder of Aundria Bowman and the history of the insanity defense.

The Murder of Aundria Bowman

The Murder of Aundria Bowman Notes:

"Aundria Michelle Bowman (born Alexis Miranda Badger; June 23, 1974 – disappeared March 11, 1989) was an American teenager who vanished under mysterious circumstances from her family's property in Hamilton, Michigan. Adopted as an infant, Aundria Bowman was raised by her adoptive father, Dennis Bowman. At age 14, she accused him of molesting her. A short time after this incident, she vanished from her family's rural property. Dennis Bowman claimed that she had stolen money from her adopters before running away.

She remained a missing person for more than 30 years, and her case was classified as a runaway. In November 2019, Dennis Bowman was arrested for the September 1980 murder of Kathleen Doyle in Norfolk, Virginia. Dennis Bowman was extradited to Virginia in February 2020 to face charges in Doyle's murder, and in May 2020, was charged with Aundria Bowman's murder.

Aundria Bowman's case has received national media attention, including coverage by Inside Edition and Oxygen. In 1993, she was one of several missing children whose photographs were shown in the music video for the Soul Asylum song "Runaway Train". In late 1988, Bowman raised concerns with staff at her high school when she expressed fearfulness of going home from school. Staff at the school involved police, who interviewed Bowman, during which she claimed that her adoptive father was molesting her. A social worker returned Bowman to her family's residence, and confronted them about Bowman's allegations; Dennis and his then-wife both refused the allegations, claiming that Bowman's rebelliousness had been sparked by her family's recent disclosure that she had been adopted as an infant.

Shortly after this incident, the Bowmans relocated to a mobile home in a rural area of Allegan County. This was the last place Aundria Bowman was seen. When her family reported her missing, Dennis Bowman claimed she had stolen money from him before running away. Bowman's case was classified as an "endangered runaway."

Following the reporting of Aundria Bowman as missing, her family relocated from the property where they had resided. In the intervening months, Bowman's adoptive mother made several calls to police in which she stated she had been told of numerous sightings of Aundria Bowman, though these could not be substantiated. Dennis Bowman's criminal record at the time of her disappearance was notable: in 1980, he was arrested after a young woman claimed he attempted to lure and assault her in a wooded area in western Michigan. He pleaded guilty to the assault after working out a deal with prosecutors.

In 1993, Bowman's photograph was shown in the music video for the Soul Asylum song "Runaway Train" (1993), among other missing children.

Facial reconstruction of Racine County Jane Doe, initially thought to be Aundria Bowman, but later proven via DNA profiling to be Peggy Johnson

In 1998, Dennis Bowman was arrested for breaking and entering the home of a coworker in Ottawa County to steal items, including the woman's lingerie. Before his sentencing in the case, Dennis Bowman referenced his missing daughter in a letter to the presiding judge: "I am the father of two lovely daughters, one 25 and the other 11, and feel that being a parent is one of the most important and sobering things a person can undertake."

A Jane Doe discovered in a Wisconsin corn field in 1999, later determined to be Peggy Johnson, was suspected to potentially be Aundria Bowman due to a notable resemblance. However, Bowman was ruled out as a possibility through DNA profiling provided by her biological mother, Cathy..."

The History of the Insanity Defense 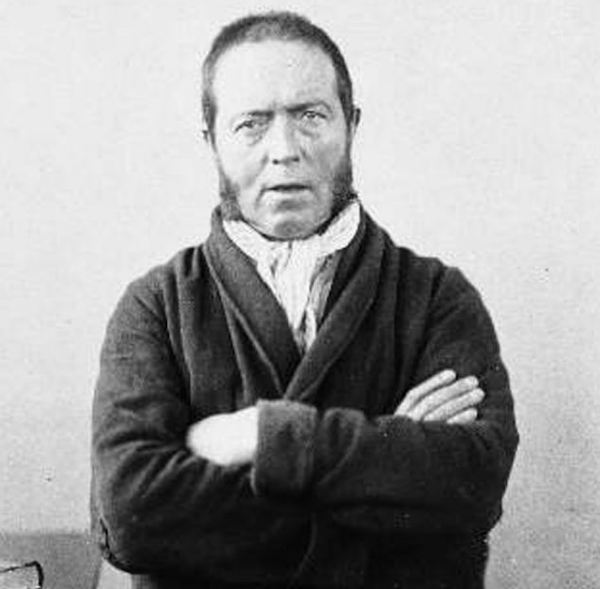 The History of the Insanity Defense Notes:

"A horrific murder occurs. The defendant is caught and pleads not guilty by reason of insanity (NGRI). If the plea is successful, is someone getting away with murder without legal consequences? Well, not exactly.

An insanity defense is based on the theory that the majority of individuals can choose to follow the law or not. A few individuals cannot be held accountable because mental illness or defect deprives them of making a rational and voluntary choice. Because of this deficit, they are given special treatment as opposed to prison.

Why then are we so fascinated by mental illness and crime? Well, for one, we are fascinated by the court system. Watch TV—we are inundated by courtroom shows like CSI, Law and Order, Criminal Minds. We are bombarded by information about courts, some accurate, some not. There is intense coverage on legal cases where the insanity defense was successful—John Hinckley and Andrea Yates are two famous cases. Newsworthy coverage suggests NGRI can be counted on as a highly successful defense strategy. This presumption is not correct.

In fact, the insanity defense is used in only 1 percent of all criminal proceedings, and its success rate is only 25 percent of that 1 percent. Therefore, less than 1 in 400 defendants are found not guilty by reason of insanity in this country. A small sample for such intensive coverage that leads us to believe NGRI is used often as a defense. Based on current statistics, it is not and when used is rarely successful.

In general, every crime involves three elements: actus reus, the act or conduct; mens rea, the individual's mental state at the time of the act, and third, there has to be a connection between the act and the effect.

With most offenses, a person is only not guilty of a crime if he or she actually didn’t intend to commit the crime. If a driver accidentally hits someone with their car they are not guilty of vehicular homicide. However, if the driver had the intention to harm the person, the action is the same, but the intention is different. Mental illness can alter a person's perception of reality so that he or she does not realize the criminal nature of his or her actions or has no choice but to commit the crime. When this is the case, certain courts believe the person lacks this element of intention necessary for criminal guilt..."

The Atavist Magazine article “The Girl in the Picture”, by Nile Cappello

News Channel 3 article by Samantha May

Inside Edition article by IE Staff

Psychology Today article “Not Guilty by Reason of Insanity” by Susan J. Lewis