A Blur of Entertainment

Episode 308: A Blur of Entertainment

This week, Georgia and Karen cover the stories of Blanche Monnier and Candy Mossler.

"One day in May 1901, the attorney general of Paris received a strange letter declaring that a prominent family in the city was keeping a dirty secret. The note was handwritten and unsigned, but the attorney general was so disturbed by its contents that he decided to investigate immediately.

When the police arrived at the Monnier estate, they must have had some misgivings: the wealthy family had a spotless reputation. Madam Monnier was known in Parisian high society for her charitable works, she had even received a community award in recognition of her generous contributions. Her son, Marcel, had excelled at school and now worked as a respectable lawyer.

The Monniers had also had a beautiful young daughter, Blanche, but no one had seen her in close to 25 years.

Described by acquaintances as “very gentle and good-natured,” the young socialite had simply vanished in the prime of her youth, just as high-society suitors had begun to come calling. No one gave much thought to this strange episode any longer and the family went about their lives as though it had never happened.

The police made a customary search of the estate and did not come across anything out of the ordinary until they noticed a putrid odor coming from one of the upstairs rooms. Upon further investigation, it was revealed that the door had been padlocked shut. Realizing that something was amiss, the police smashed the lock and broke into the room, unprepared for the horrors that lay within..." 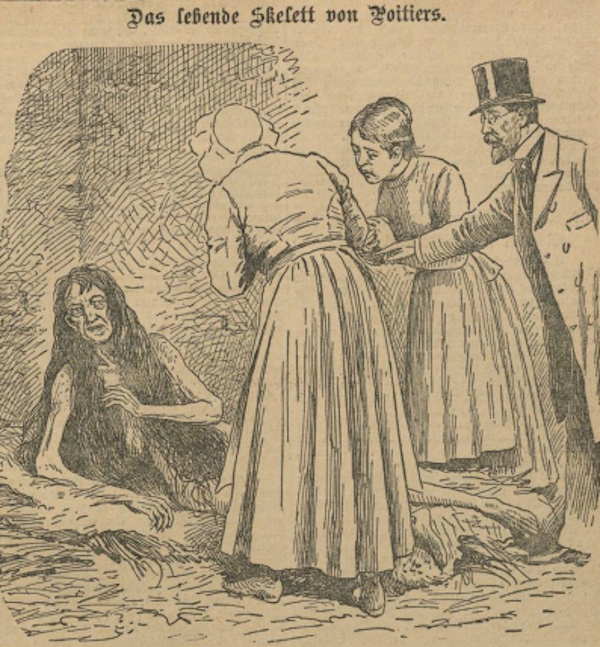 "Candace Mossler and her nephew Melvin Lane Powers, with whom she was having an incestuous affair, were charged with the killing of Mossler’s millionaire husband, Jacques Mossler, in his Key Biscayne, Florida, condominium on June 29, 1964. Mossler and her husband were separated at the time of his murder. Jacques Mossler had considered suing Powers and divorcing his wife but, upon consultation with his lawyer, had decided against doing so in order to avoid the negative publicity and losing half of his fortune to his wife. At the time of her husband's murder, Mossler was on a $5,000 a week stipend allocated for household upkeep.

During initial interviews with police officers, Candace Mossler asserted that she believed her husband's death was a result of a burglary gone wrong. However, when the officers stated they believed the murder was a crime of passion, noting that Jacques Mossler had been stabbed over thirty times before being bludgeoned over the head with a glass bowl, Mossler changed her story, saying that she believed that her husband had been a closeted homosexual, and had been cheating on her with another man who could have possibly committed the crime. As her husband had been found wearing only a bath robe, officers pursued this lead until they found Jacques Mossler's diary, which cast suspicion directly upon his wife and his nephew.

The media took note of the salacious case and covered it extensively. Soon, the public began to demand an indictment of Candace Mossler and her nephew Melvin Powers. It finally came on July 20, 1965. Candy Mossler was represented by a pair of Houston's best defense attorneys, Clyde Woody and Marian Rosen. Melvin Powers was defended by top-ranked Houston defense lawyers Percy Foreman and William F Walsh, the former a high-profile attorney who years later defended James Earl Ray, the man convicted for the assassination of Martin Luther King Jr. As the assets Mossler was set to inherit from her late husband were frozen at the time of her arrest pending the investigation of his death, Mossler paid Foreman's retainer with jewelry, diamonds, and furs that had been bought for her by her late husband before their separation.

Prior to her arrest, Mossler had flown to Rochester, Minnesota to undergo treatment at the Mayo Clinic for migraines, but agreed to fly to Miami to surrender rather than risk the indignity of a surprise arrest. Accompanied by a private nurse and wearing a Mayo Clinic wrist identification band, she flew from Minnesota to Miami International Airport, where she was treated to a genteel arrest by a state police commander. A mighty press contingent had gathered at the airport, and Mossler smiled and posed for them. When reporters confronted her with allegations of adultery, incest, and murder, she simply replied, "Well, nobody's perfect."

Mossler, a former model with platinum blond hair and a southern accent, was notable for her on-camera charm. While jail inmates shouted obscenities at her, she would smile and blow kisses at the cameras..."