The Miracle in the Andes: The Uruguayan Flight 571 Crash

The Story of Celia Cooney, the Bobbed Haired Bandit

On today's episode, Karen covers the Miracle in the Andes: the Uruguayan Flight 571 crash, and Georgia tells the story of Celia Cooney, the Bobbed Haired Bandit.

The Miracle in the Andes: The Uruguayan Flight 571 Crash

The Miracle in the Andes: The Uruguayan Flight 571 Crash Notes:

Nando Parrado and Roberto Canessa with one of their rescuers, Sergio Catalán (via Wikipedia)

"Uruguayan Air Force Flight 571, also known as Miracle Flight 571, was a chartered flight originating in Montevideo, Uruguay, bound for Santiago, Chile, that crashed high in the Andes mountains on 13 October 1972. The accident became known as the Andes flight disaster and the Miracle of the Andes.

While crossing the Andes during poor weather, the inexperienced co-pilot of the Fairchild FH-227D mistakenly believed they had reached Curicó, despite instrument readings that indicated otherwise. The aircraft began descending too early to reach Pudahuel Airport and struck a mountain, shearing off both wings and the tail section. The remaining portion of the fuselage slid down the mountain about 725 metres (2,379 ft) before striking ice and snow on a glacier. The flight was carrying 45 passengers and crew, including 19 members of the Old Christians Club rugby union team, along with their families, supporters, and friends.

The wreck was located at an elevation of 3,570 metres (11,710 ft) in the remote Andes of far western Argentina, just east of the border with Chile. Three crew members and eight passengers died immediately; several more died soon afterward due to the frigid temperatures and the severity of their injuries. Authorities flew over the crash site several times over the following days, searching for the aircraft, but could not see the white fuselage against the snow. Search efforts were canceled after eight days.

During the following 72 days, the survivors suffered numerous hardships, including exposure, starvation, and an avalanche, and 13 more passengers died. Some resorted to cannibalism. As the weather improved with the Southern Hemisphere spring, two survivors, Nando Parrado and Roberto Canessa, climbed a 4,650-metre (15,260 ft) mountain peak without gear and hiked for 10 days into Chile to seek help, traveling 38 miles (61 km). On 23 December 1972, two months after the crash, the last of the 16 survivors were rescued..."

The Story of Celia Cooney, the Bobbed Haired Bandit 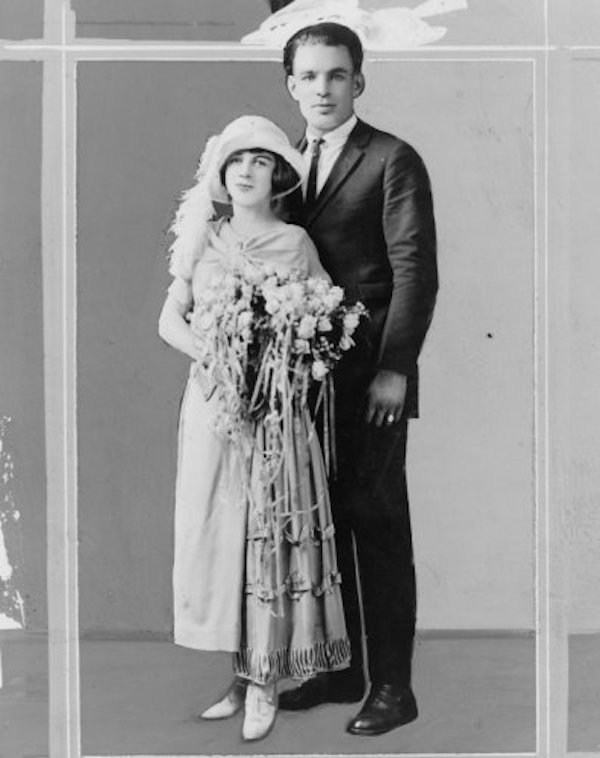 The Story of Celia Cooney, the Bobbed Haired Bandit Notes:

"ON A COLD JANUARY NIGHT in 1924, a young woman flaunting a stylish bobbed haircut slinked into the Thomas Roulston grocery store in the Park Slope neighborhood of Brooklyn, New York. She was dolled up in a fine sealskin coat, beaded gray dress, black shoes, and stockings. Just as the male clerk was wrapping up her order of a dozen eggs, she suddenly whipped out a .25 automatic pistol from her fur coat and shouted: “Stick ‘em up! Quick!”

“Then up they went, both arms together, like one of those monkey’s you buy on a stick with a string at the ten cent store,” the woman would later recount. “I thought, ‘Gee, that would make a pretty toy for my baby.’”

The grocer and five other clerks had become the first victims of the eventually infamous “Bobbed Haired Bandit”—a now-forgotten criminal who was an icon of liberated women in 1920s New York. For three and a half months in 1924, married couple Celia and Edward Cooney embarked on a series of armed robberies around Brooklyn, inspiring tabloid news stories, satirical cartoons, and political and cultural agendas. Depending on what paper you read, the Bobbed Haired Bandit was a ruthless libertine, a heroine of the lower class, a weak woman controlled by her husband, or a trailblazer of the feminist movement.

The “Bobbed-Haired Bandit and Her Tall Companion” can be thought of as an early iteration of the 1930s gangsters Bonnie and Clyde, says Andrew Mattson, co-author of The Bobbed Haired Bandit: A True Story of Crime and Celebrity in 1920s New York. Ultimately though, it was Celia’s five-foot frame, fashionable 1920s style, and “baby automatic” that stole newspaper headlines..."

Blog Post on Fishwrap by Taraya Galloway “The Bobbed-Hair Bandit”

The Bobbed Haired Bandit by Stephen Duncombe and Andrew Mattson