The Murders of Sharon Shaw and Rhonda "Renee" Johnson

The History of the Miranda Rights

On today's episode, Karen and Georgia cover the murders of Sharon Shaw and Rhonda "Renee" Johnson and the history of the Miranda rights.

The Murders of Sharon Shaw and Rhonda "Renee" Johnson

The Murders of Sharon Shaw and Rhonda "Renee" Johnson Notes:

A local man, Michael Lloyd Self, was charged with the murders in 1972 and convicted of Shaw's murder in 1975. Controversy arose in 1998 when serial killer Edward Harold Bell confessed to both murders. Bell's confession – and corroborating statements from both law enforcement and prosecutors that Self had been coerced into a false confession – led many to believe that Self had been wrongfully convicted. Self died in prison in 2000.

The case has often been associated with the Texas Killing Fields, a 25-acre section of land off of Interstate 45 in League City where the bodies of four young women have been discovered since the 1980s. A fictionalized film about the area, titled Texas Killing Fields, was released in 2011..." 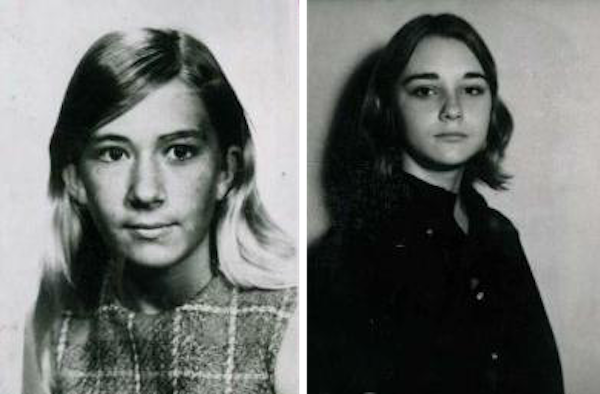 The History of the Miranda Rights

The History of the Miranda Rights Notes:

"Anyone who has watched a television show about law enforcement has a heard a police officer read the suspect his or her Miranda Rights. After placing the suspect under arrest, the officer will say something similar to, “You have the right to remain silent. Anything you say can and will be used against you in a court of law. You have a right to an attorney. If you cannot afford an attorney, one will be appointed for you.”

The wording of the Miranda rights may vary from the statement above, as long as they fully convey the message. The officer must also ensure that the suspect understands his or her rights. Should the suspect not speak English, these rights must be translated to make sure they are understood.

Miranda Rights were created in 1966 as a result of the United States Supreme Court case of Miranda v. Arizona. The Miranda warning is intended to protect the suspect’s Fifth Amendment right to refuse to answer self-incriminating questions.

It is important to note that Miranda rights do not go into effect until after an arrest is made. The officer is free to ask questions before an arrest, but must inform the suspect that the questioning is voluntary and that he or she is free to leave at any time. The answers to these questions are admissible in court.

If the suspect is placed under arrest and not read Miranda rights, spontaneous or voluntary statements may be used in evidence in court. For example, if the suspect starts using excuses justifying why he or she committed a crime these statements can be used at trial.

Silence can be used against the suspect if it occurs before he or she is read the Miranda rights. For example, an innocent person would proclaim his or her evidence or try to give an alibi rather than staying quiet. The prosecution will try to use the suspect’s silence against him or her in court.

If you are being investigated for a crime and wish to remain silent before being Mirandized, you can inform the officer that your attorney told you to never speak to law enforcement without talking to him or her first. This looks less suspicious than simply refusing to answer questions..."

The Republic article “Miranda and the Right to Remain Silent: The Phoenix Story” by Ron Dungan

The Lewis and Roca Law Firm

The Impact of Miranda Revisited by Richard A. Leo