The History of the Lie Detector

On today's episode, Karen and Georgia cover the Hinterkaifeck murders and the history of the lie detector.

Aerial view of the area surrounding Hinterkaifeck (via DarkIdeas.net)

"The Hinterkaifeck murders occurred on the evening of March 31, 1922, in which six inhabitants of a small Bavarian farmstead, located approximately 70 kilometres (43 mi) north of Munich, Germany, were murdered by an unknown assailant. The six victims were Andreas Gruber (63) and Cäzilia Gruber (72); their widowed daughter Viktoria Gabriel (35); Viktoria's children, Cäzilia (7) and Josef (2); and the maid, Maria Baumgartner (44). They were found struck dead. The perpetrator lived with the 6 corpses of their victims for 3 days. The murders are considered one of the most gruesome and puzzling unsolved crimes in German history.

Four of the dead bodies were stacked up in the barn, the victims having been lured into the barn one by one. Prior to the incident, the family and their maid reported hearing horrible sounds coming from the attic, which lead to the maid quitting. This case remains unsolved to this day.

Four days passed between the murders and the discovery of the bodies. On April 1, coffee sellers Hans Schirovsky and Eduard Schirovsky arrived in Hinterkaifeck to take an order. When no one responded to the knocks on the door and the window, they walked around the yard but found no one. They only noticed that the gate to the machine house was open before they decided to leave. Cäzilia Gabriel was absent without excuse for the next few days of school and the family failed to show up for Sunday worship.

Assembler Albert Hofner went to Hinterkaifeck on April 4 to repair the engine of the food chopper. He stated that he had not seen any of the family and had heard nothing but the sounds of the farm animals and the dog inside the barn. After waiting for an hour, he decided to start his repair, which he completed in roughly 4 and a half hours.

Around 3:30 PM, Lorenz Schlittenbauer sent his son Johann (16) and stepson Josef (9) to Hinterkaifeck to see if they could make contact with the family. When they reported that they did not see anyone, Schlittenbauer headed to the farm the same day with Michael Pöll and Jakob Sigl. Entering the barn, they found the bodies of Andreas Gruber, his wife Cäzilia Gruber, his daughter Viktoria Gabriel, and his granddaughter Cäzilia, murdered in the barn. Shortly after, they found the chamber maid, Maria Baumgartner, and the youngest family member, Viktoria's son Josef, murdered in the home..." 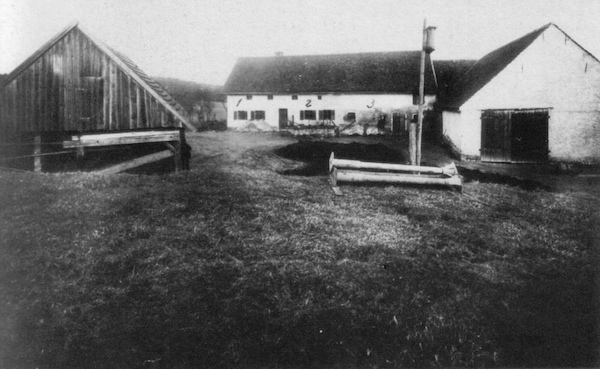 The History of the Lie Detector 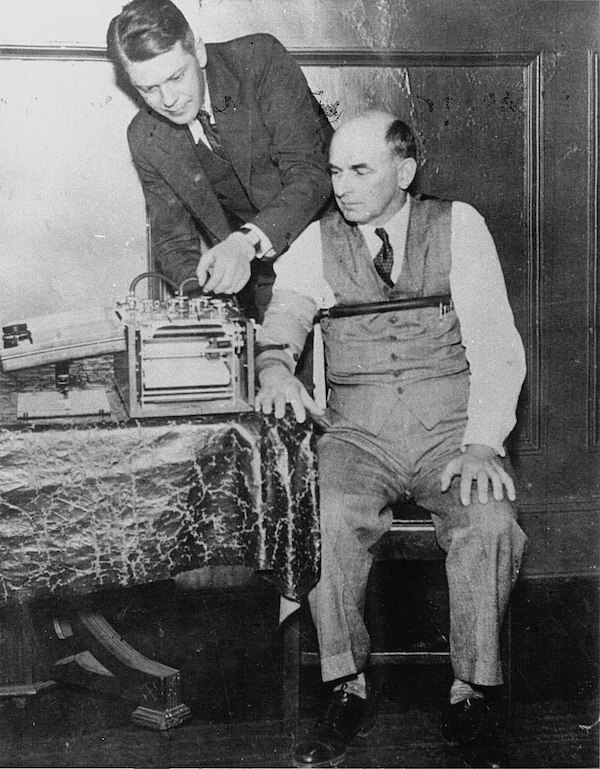 The History of the Lie Detector Notes:

"A polygraph, popularly referred to as a lie detector test, is a device or procedure that measures and records several physiological indicators such as blood pressure, pulse, respiration, and skin conductivity while a person is asked and answers a series of questions. The belief underpinning the use of the polygraph is that deceptive answers will produce physiological responses that can be differentiated from those associated with non-deceptive answers. There are, however, no specific physiological reactions associated with lying, making it difficult to identify factors that separate those who are lying from those who are telling the truth. Polygraph examiners also prefer to use their own individual scoring method, as opposed to computerized techniques, as they may more easily defend their own evaluations.

In some countries, polygraphs are used as an interrogation tool with criminal suspects or candidates for sensitive public or private sector employment. US law enforcement and federal government agencies such as the FBI, NSA and the CIA and many police departments such as the LAPD and the Virginia State Police use polygraph examinations to interrogate suspects and screen new employees. Within the US federal government, a polygraph examination is also referred to as a psychophysiological detection of deception (PDD) examination. The average cost to administer the test in the United States is more than $700 and is part of a $2 billion industry.

However, assessments of polygraphy by scientific and government bodies generally suggest that polygraphs are highly inaccurate, may easily be defeated by countermeasures, and are an imperfect or invalid means of assessing truthfulness. A comprehensive 2003 review by the National Academy of Sciences of existing research concluded that there was "little basis for the expectation that a polygraph test could have extremely high accuracy." The American Psychological Association states "Most psychologists agree that there is little evidence that polygraph tests can accurately detect lies."

The control question test, also known as the probable lie test, was developed to overcome or mitigate the problems with the relevant-irrelevant testing method. Although the relevant questions in the probable lie test are used to obtain a reaction from people who are lying, the physiological reactions that "distinguish" lies may also occur in innocent individuals who fear a false detection or feel passionately that they did not commit the crime. Therefore, although a physiological reaction may be occurring, the reasoning behind the response may be different. Further examination of the probable lie test has indicated that it is biased against innocent subjects. Those who are unable to think of a lie related to the relevant question will automatically fail the test..."

DarkIdeas.net article “The Hinterkaifeck Murders: Horror on a Bavarian Farm”

“The Murder Case of Hinterkaifeck” by Hans Richter

Tales of Luminol - “The Hinterkaifeck Murders”, by Nici

The Journal of Forensic Psychiatry and Psychology “Lie Detection and the Polygraph: a Historical Review” by