Welcome to the Comfort Zone

The Murders Committed by Ed Buck

Episode 291: Welcome to the Comfort Zone

This week, Georgia and Karen cover the murders committed by Ed Buck and the story of drowning victim recovery experts, Gene and Sandy Ralston.

The murders Committed by Ed Buck

Photo of Gemmel Moore (via justice4gemmel.org)

"Edward Bernard Peter Buck (born Buckmelter; August 24, 1954) is an American businessman, political activist, Democratic political fundraiser and convicted felon. A former model and actor, he made a significant amount of money running and selling the data service company Gopher Courier. He became involved in politics after the election of Evan Mecham as Governor of Arizona in 1986; Buck, an Arizona native, led the effort to recall him from office due to Mecham's perceived racism and corruption. The experience led Buck to change his party affiliation from Republican to Democrat, and he has since donated heavily to Democratic politicians. In 2007, he ran an unsuccessful campaign for the city council of West Hollywood, California.

Two African-American men, the first in 2017 and the second in 2019, were discovered dead in Buck's West Hollywood home, later to be determined as due to drug overdoses. Several reports indicated that Buck had a history of bringing African-American men to his house, where he would reportedly inject them with high doses of crystal methamphetamine for sexual gratification. In January 2019, a coalition of 50 civil rights organizations called for law enforcement to investigate the matter. On September 17, 2019, Buck was arrested and charged with three counts of battery causing serious injury, administering methamphetamine and maintaining a drug house..." 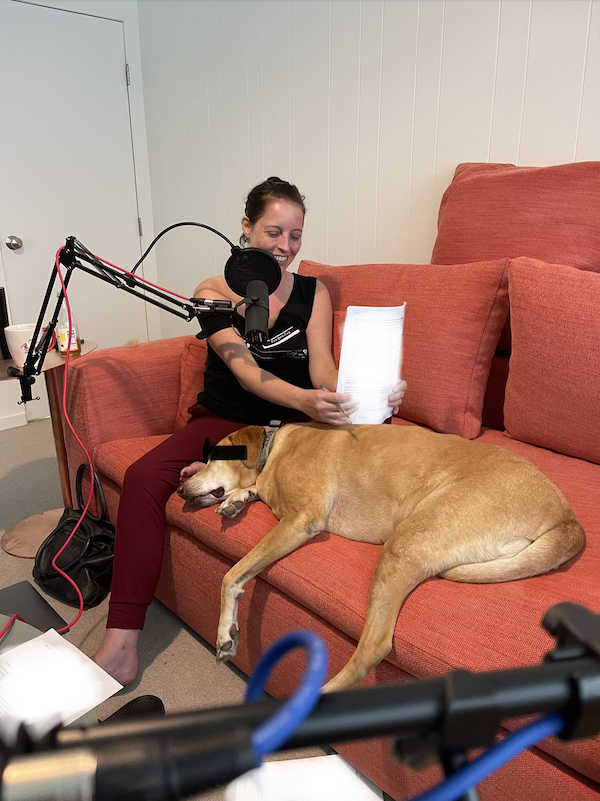 Photo of Gene and Sandy Ralston (via Leah Nash/The Guardian)

"When Gene and Sandy Ralston returned to their truck after a day on the Beardsley reservoir in northern California in March 2002, they discovered several handwritten notes taped to the doors and windscreen: “Call Lieutenant Lunney as soon as you get back to town. It’s urgent.”

The Ralstons, a married couple from rural Idaho, had been scientists until the late 1980s, when they began helping out on local search and rescue missions. By the winter of 2002, they had volunteered on more than a dozen searches for victims of drowning across the US, and had developed an uncanny ability to find bodies. They had just helped Lt Lunney’s sheriff’s department locate the remains of a man who had drowned in the reservoir three-and-a-half years earlier, after falling off his boat while fishing. Divers had brought him back to the surface that afternoon.

As the notes instructed, the Ralstons drove to the nearby town of Sonora to meet Lunney. Their expertise was needed by some other folks, he said, although he wasn’t allowed to tell them who. The next morning, the Ralstons were briefed by FBI agents on a series of kidnappings for ransom that had turned into murders. The families of four victims of abduction had wired more than $1.2m between them to an account in New York, which then transferred the money to a bank in Dubai. But the bodies of the victims were now thought to be lying at the bottom of a reservoir just east of Yosemite national park. The killers, the FBI said, were possibly connected to the Russian mafia.

This was the Ralstons’ first homicide case. Until this moment, they had only used their specialised sonar system to scour the lake- and riverbeds for victims of accidents or suicides. Before they agreed to help find the bodies, Gene called his cousin, a recently retired FBI agent, for advice. “He said the Russians weren’t really into murdering people,” Gene told me. “So we didn’t really have to worry about them doing any retaliation if we went ahead with the search.”

Gene and Sandy are modest, unassuming people, but bring a relentlessness to their often monotonous work. They call it “mowing the lawn” – towing their sonar equipment back and forth through the water, piloting their boat in slow, overlapping strips. Typically, a corpse descends through water with its chest facing the surface. When the feet hit the bottom, the knees buckle and the body spills on to its back, arms outstretched. That is the shape the Ralstons usually look for with their sonar. They knew a murder victim would look different, though. “We call it ‘packaged’ – tied up and weighted,” Gene said.

It took them two weeks to find the four murder victims, who were, as suspected, lying at the bottom of the New Melones reservoir. “Gene and Sandy got up early, went out and located the first body on their own,” James Davidson, one of the FBI’s primary investigators on the case, told me. “That’s how determined they were.”..”

The Guardian article by Sam Levin

NPR article by the Associated Press

The Guardian article by Doug Horner