The Murder of Irene Garza

his summer, Exactly Right family members will be guest hosting My Favorite Murder! Each week a guest host will pick their favorite stories from Karen and Georgia. Today's episode is hosted by Kate Winkler Dawson, host of Tenfold More Wicked and Wicked Words on Exactly Right. Kate covers the stories of The Murder of Irene Garza (Episode 99) and Fred and Rosemary West (Episode 130).

The Murder of Irene Garza

The Murder of Irene Garza Notes:

Header Image Source: Photo by Church of the King on Unsplash

"Irene Garza (November 15, 1934 – April 1960) was an American schoolteacher and beauty queen whose death was the subject of investigation for several decades. Garza was last seen alive on April 16, 1960, when she went to confession at a church in McAllen, Texas. She was reported missing the following morning. Following the largest volunteer search to that date in the Rio Grande Valley, Garza's body was discovered in a canal on April 21. An autopsy concluded that she had been sexually assaulted before being killed; the cause of death was suffocation.

Father John Bernard Feit, the priest who heard Garza's last confession, was the only identified suspect in her death. Two clergymen, Dale Tacheny and Joseph O'Brien, came forward to authorities in 2002 to say that Feit had confessed to them shortly after the murder. Feit had left the priesthood in the 1970s, married and had a family. For many years, the Hidalgo County district attorney considered the evidence against Feit to be too weak to secure a conviction. He brought the case before a grand jury in 2004, but Feit, Tacheny and O'Brien were not subpoenaed, and the jury did not indict Feit.

The investigation into Garza's death was renewed in 2015 after a new district attorney took office in Hidalgo County. In February 2016, the 83-year-old Feit was arrested in Arizona in connection with Garza's death. He was later extradited to Texas. His murder trial began in late November 2017. On December 7, 2017, Feit was found guilty of murder and the next day he was sentenced to life in prison. Feit died in February 2020..." 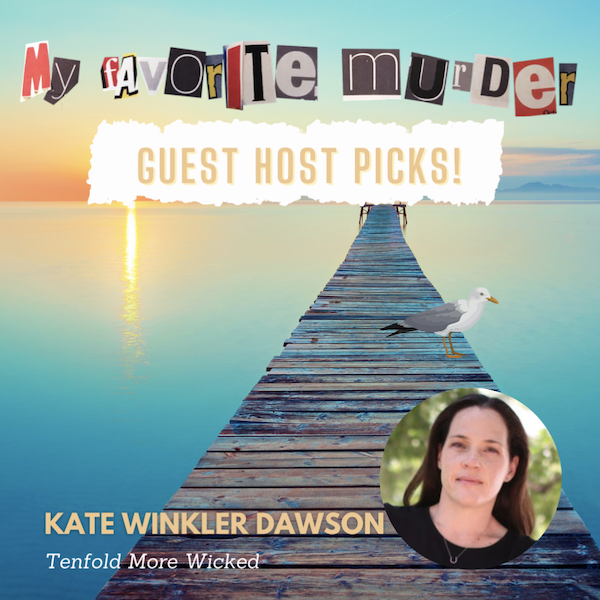 "Frederick Walter Stephen West (29 September 1941 – 1 January 1995) was an English serial killer who committed at least 12 murders between 1967 and 1987 in Gloucestershire, the majority with his second wife, Rosemary West.

All the victims were young women. At least eight of these murders involved the Wests' sexual gratification and included rape, bondage, torture and mutilation; the victims' dismembered bodies were typically buried in the cellar or garden of the Wests' Cromwell Street home in Gloucester, which became known as the "House of Horrors". Fred also committed at least two murders on his own, and Rose murdered Fred's stepdaughter, Charmaine. The couple were apprehended and charged in 1994.

On 29 January 1972, Fred and Rosemary married. The ceremony took place at Gloucester Register Office, with Fred incorrectly describing himself as a bachelor upon the marriage certificate. No family or friends were invited. Several months later, with Rose pregnant with her second child, the couple moved from Midland Road to an address nearby: 25 Cromwell Street. Initially, the three-storey home was rented from the council; Fred later purchased the property from the council for £7,000. To facilitate the Wests' purchasing the property from the council, many of the upper floor rooms were initially converted into bedsits, to supplement the household income. To maintain a degree of privacy for his own family, Fred installed a cooker and a washbasin on the first-floor landing in order that their lodgers need not enter the ground floor where the West family lived, and only he and his family were permitted access to the garden of the property. On 1 June, Rose gave birth to a second daughter. The date of her birth led Fred and Rose to name the child Mae June.

In September 1972, the Wests led eight-year-old Anna Marie to the cellar at 25 Cromwell Street, where the child was ordered to undress, with Rose tearing her dress from her body upon noting the child's hesitation. She was then stripped naked, bound to a mattress and gagged before Fred raped her[88] with Rose's active encouragement. After the rape, Rose explained to the child: "Everybody does it to every girl. It's a father's job. Don't worry, and don't say anything to anybody." Making clear these sexual assaults would continue, Fred and Rose then threatened the child with severe beatings if they ever received word she had divulged the sexual abuse she endured at their hands.

Rose occasionally sexually abused the girl herself, and later took extreme gratification in degrading her with acts such as binding Anna Marie to various items of furniture before encouraging Fred to rape her, and forcing her to perform household chores while wearing sexual devices and a mini-skirt. From the age of 13, Fred and Rose forced Anna Marie to prostitute herself within the household, with her clients being informed Anna Marie was 16. Rose was always present in the room when these acts occurred, to ensure the girl did not reveal her true age. On one occasion when Anna Marie was aged 13 or 14, Rose took her to a local pub, insisting she drink several glasses of barley wine. Several hours later, Fred arrived at the pub to collect Rose and Anna Marie. Once they had left the premises, Anna Marie was bundled into her father's van and beaten by Rose, who asked her: "Do you think you could be my friend?" before she was sexually abused by her father and stepmother.

Three months after the Wests' assault trial, the couple committed their first known murder. The victim was a 19-year-old named Lynda Gough, with whom Fred and Rose became acquainted through a male lodger in early 1973. Gough regularly visited Cromwell Street, and engaged in affairs with two male lodgers. On 19 April, she moved into their home on Cromwell Street. On or about 20 April, other tenants were told that she had been told to leave the household after she had hit one of their children. This story was repeated to Gough's mother when she contacted the Wests to enquire about her whereabouts (Rose had been wearing Lynda's clothing when she repeated this claim).

In May 1992, Fred asked his 13-year-old daughter Louise to bring some bottles to a room on the first floor of their home. Rose was not present in the home at the time. Shortly thereafter, the girl's siblings heard her scream, "No, don't!" Later, Fred returned downstairs. The girl was found by her siblings writhing in pain, sobbing that her father had raped and sodomized her, at one stage partially strangling her. When Rose returned home, the girl confided in her mother that she had been raped by Fred; Rose replied, "Oh well. You were asking for it." Over the following weeks, the girl was raped on three further occasions, with Rose personally witnessing one of these rapes before following her distressed and bleeding daughter into the bathroom and asking the child, "Well, what did you expect?" Fred also filmed one of these rapes. Several weeks later, the girl garnered the courage to confide in a close friend what her father had done; this friend told her own mother what had happened on 4 August. In response, the friend's mother anonymously informed the police.

On 6 August 1992, the police searched the West household on the pretext of searching for stolen property. Although numerous objects of sexual paraphernalia—including 99 pornographic videos of both home-made and commercial nature—were discovered, police did not find the video depicting the rape of Fred's daughter. The 13-year-old made a full statement through a specially-trained solicitor, describing her father's actions, the fact the sexual abuse had begun when she was 11, and that her mother had been casually indifferent to her plight. All the children in the household were placed in foster care the following day. Medical examinations revealed evidence of physical and sexual abuse.

While on remand, Fred made several admissions as to the fate of the victims buried at Cromwell Street to his son Stephen. Much of this information was disjointed or told in a third party manner; Fred claimed that he had extensively tortured the victims prior to their murder, but had not raped them, instead engaging in acts of necrophilia with their bodies at or shortly after the point of death. He also claimed the reason many phalange bones had been missing from the victims' bodies was because the removal of their fingers and toes had been one of the forms of torture the victims had endured, with other torture methods including the extraction of their nails, acts of mutilation, and cigarettes being stubbed out on their bodies. Furthermore, the locations of almost all the burial sites of victims—both discovered and undiscovered—was symbolic to Fred, as each had been buried at or very close to the location he had lived in or worked at the time of the victim's murder..."