This summer, Exactly Right family members will be guest hosting My Favorite Murder! Each week a guest host will pick their favorite stories from Karen and Georgia. Today's episode is hosted by Bridger Winegar, host of I Said No Gifts! on Exactly Right. Bridger covers The Murders of Master Forger Mark Hofmann (Episode 76) and The Sleepwalking Murderer (Episode 160).

"Mark William Hofmann (born December 7, 1954) is an American counterfeiter, forger, and convicted murderer. Widely regarded as one of the most accomplished forgers in history, Hofmann is especially noted for his creation of documents related to the history of the Latter Day Saint movement. When his schemes began to unravel, he constructed bombs to murder three people in Salt Lake City, Utah. The first two bombs killed two people on October 15, 1985. On the following day, a third bomb exploded in Hofmann's car.

Despite the considerable amounts of money Hofmann had made from document sales, he was deeply in debt, in part because of his increasingly lavish lifestyle and his purchases of genuine first-edition books. In an effort to clear his debts, he attempted to broker a sale of the "McLellin collection" – a supposedly extensive group of documents written by William E. McLellin, an early Mormon apostle who eventually broke with the LDS Church. Hofmann hinted that the McLellin collection would provide revelations unfavorable to the LDS Church. It was already known that McLellin had written various letters and papers dealing with controversial subjects in Joseph Smith's life. In 1879 the RLDS Church printed a letter from McLellin to Joseph Smith III, Joseph Smith's son, stating that Emma Smith knew and disapproved of her husband's adultery. When McLellin was visited by this same Joseph Smith III McLellin asserted: “Emma Smith told him [McLellin] that Joseph was both a polygamist and an adulterer."

But Hofmann had no idea where the McLellin collection was, nor did he have the time to forge a suitably large group of documents. Those to whom Hofmann had promised documents or repayments of debts began to hound him, and the sale of the Oath of a Freeman was delayed by questions about its authenticity. In an effort to buy more time, Hofmann began constructing bombs. On October 15, 1985, he first killed document collector Steven Christensen (as well as injuring a secretary in the leg with shrapnel).  Later the same day, a second bomb killed Kathy Sheets, the wife of Christensen's former employer. As Hofmann had intended, police initially suspected that the bombings were related to the impending collapse of an investment business of which Sheets's husband, J. Gary Sheets, was the principal and Christensen his protégé.

The following day, Hofmann himself was severely injured when a bomb exploded in his car. Although police quickly focused on Hofmann as the suspect in the bombings, some of Hofmann's business associates went into hiding, fearing they might also become victims..." 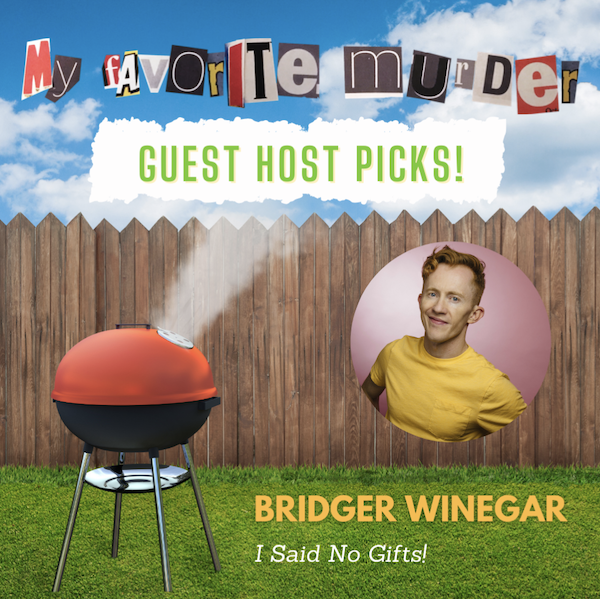 "Kenneth James Parks, a 23-year-old man from Toronto with a wife and infant daughter, was suffering from severe insomnia and anxiety in result from unemployment and gambling debts. The summer before Kenneth had repeatedly placed bets on horse races, which had caused him severe financial problems. To obtain more money for gambling he stole $32,000 from his employer Revere Electric. Kenneth kept losing money, and when the company found out about the theft in March 1987, he was fired. Court proceedings were brought against him, and his personal life suffered.

In the early morning of May 1987 Kenneth got out of bed and drove 23 km from Pickering to the house of his wife’s parents, Barbara Ann and Denis Woods, in the Toronto suburb of Scarborough. After fetching a tire iron from the car trunk and using his key to enter the house, he proceeded to the bedroom of the house and choked his father-in-law unconscious. He then beat his mother-in-law with the tire iron and stabbed her repeatedly with a kitchen knife. He also stabbed his father-in-law.

Barbara was later found in a room five to six feet away from the bedroom. She had been stabbed in the chest, the shoulder and the heart. She had sustained blunt-force injuries to her nose, eye and skull that caused a subarachnoid hemorrhage. Though Dennis was unconscious, Denis’ wounds were less severe. That night Kenneth also picked up the phone in the kitchen and set it down again, off the hook. He ran upstairs to the teenage daughters’ bedrooms. But he stopped outside the door, just stood there, then ran down again and left.

After careful examination of the case, the experts could find no other explanation of the crime than sleepwalking. Kenneth underwent a series of sleep tests and psychological tests. The electroencephalography (EEG) scans showed that Kenneth had some abnormal brain activity during deep sleep, periods of partial awakenings, which is indicative of parasomnia. Since there allegedly is no way to fake one’s own EEG results, and Kenneth had appeared to feel no pain when he arrived at the police station, it was determined that he was sleepwalking when he attacked his in-laws.

At the trial Kenneth reported the night’s events as follows: He fell asleep on the couch sometime after midnight, and his next recollection was seeing his mother-in-law’s face, she had her eyes and her mouth open. Kenneth described it as a very sad face. The fact that Kenneth actually remembers his mother in-law’s face is an important detail overlooked by the prosecution. It suggests that his subsequent dissociative analgesia at the police station, which was a core piece of evidence in the trial, most likely was not due to being in a sleepwalking state. The dissociative analgesia was more likely the result of being in a state of shock or great distress. Kenneth said that after seeing his mother-in-law’s face, he just sat there. He then heard the kids yelling.  He recalled thinking the kids were in trouble and needed help. He said he yelled “kids, kids, kids” and went upstairs. The kids didn’t hear him yell. They heard only grunting noises of the kind sometimes made by a person during sleep. But this is very odd. If Kenneth had really been sleepwalking at the time at which the kids were yelling, he would not have been able to recall the moment so clearly afterwards. If, on the other hand, he was awake at the time, then he wouldn’t have made the grunting noises, he would have yelled just as he remembered he did..."