The Beast of Birkenshaw

The Mysterious Legend of D.B. Cooper

In this week’s quilt episode, Karen and Georgia cover The Beast of Birkenshaw and the mysterious legend of D.B. Cooper.

The Beast of Birkenshaw

The Beast of Birkenshaw Notes:

Peter's Guilty Newspaper (via The Sun)

"Peter Thomas Anthony Manuel (13 March 1927 – 11 July 1958) was a Scottish-American serial killer who was convicted of murdering seven people across Lanarkshire and southern Scotland between 1956 and his arrest in January 1958, and is believed to have murdered two more. Prior to his arrest, the media nicknamed the unidentified killer "the Beast of Birkenshaw". Manuel was hanged at Glasgow's Barlinnie Prison; he was the second to last prisoner to die on the Barlinnie gallows.

Manuel was convicted in 1958 of the murders of seven people. One case against him was thrown out of court; another, committed in England, was attributed to him.

Anne Kneilands (17): On 2 January 1956, Kneilands was stalked at the (now removed) East Kilbride golf course in the Calderwood area, where she was raped and bludgeoned to death with a length of iron. Although the police questioned him about the murder and he would confess to it two years later, Manuel escaped arrest when his father gave him an alibi. He was charged with this murder in 1958, but the case was dropped because of insufficient evidence.

Marion Watt (45), Vivienne Watt (16) and Margaret Brown (41): Marion, her daughter Vivienne, and her sister Margaret were shot dead in their home in Burnside, Lanarkshire on 17 September 1956. At the time of the murders, Manuel was out on bail for housebreaking at a nearby colliery and officers in charge of the manhunt for the Watts' killer suspected him. However, for a time the main suspect was Marion's husband, William, who had been on a fishing holiday in Ardrishaig, but was suspected of driving around 90 miles through the night, faking a break-in to his own house, murdering his family, and driving back. The ferryman on the Renfrew Ferry claimed to have seen him on the ferry during the night (although this was not the most direct route) and a motorist claimed to have passed him on Loch Lomondside. Both witnesses picked him out at an identity parade. William Watt was arrested and held on remand in Barlinnie Prison, then released two months later, after the police realized that they could not make the case against him stick, and the ferryman seemed confused about what type of car he had driven. The police did not find any serious motive which might have led Watt to murder his family, although it emerged that he had a number of affairs during his marriage. Police frogmen searched the Crinan Canal next to the hotel where Watt had stayed, looking for a murder weapon and bloodstained clothing, but the weapon was in another stretch of water further south. It was established that the level of petrol in Watt's car had not fallen during his alleged overnight drive, so the police questioned petrol stations along the route to see if he had refuelled, and even speculated that he might have had a secret cache of petrol, and searched the route for it. William Watt remained the main suspect until the Smart family murder just a few miles away, when the police realized that there was a serial killer on the loose. At Manuel's trial, the defence argued that Watt had committed these murders.

The legal system could have come close to a miscarriage of justice in Watt's case (who would very likely have been hanged if convicted) and the evidence of these two witnesses is still not easy to explain even now. However one possible explanation is that the ferryman was a fantasist who had already seen Watt's picture in the papers, although he claimed that he had not. The other witness admitted that he did not get a clear look at Watt, but identified him based on the way he held his cigarette.

Sydney Dunn (36): Manuel shot and killed a Newcastle upon Tyne taxi driver named Sydney Dunn, on 8 December 1957 while looking for work in Newcastle. Dunn's body was found on moorlands in Northumberland soon after, by which time Manuel had already returned to Lanarkshire. Manuel was never tried for this murder, as it took place in a different legal jurisdiction, but 17 days after he was hanged a coroner's jury concluded Manuel had murdered Dunn, after a button found in Dunn's taxi was matched to one of his jackets. This verdict has been accepted in many accounts of the case, but some doubts have been expressed. There are a few indications that the murderer might have been a local person, or he might have come off an Irish boat train which had recently arrived at Newcastle station. Two witnesses who spoke to the killer picked out Manuel at an identity parade, but these identifications are not always decisive (see the Watt case above). One of these witnesses initially said that the apparent killer had a local accent, but when it was suggested to him that the killer might have come off the Irish boat train he said that he had an Irish accent, and Manuel had a Scottish accent. Manuel definitely did attend a job interview in Newcastle two days before this murder, but it is not clear that he hung around in the area; he could have just gone home to Scotland.

Isabelle Cooke (17): Cooke disappeared after leaving her Mount Vernon home to go to a dance at Uddingston Grammar School on 28 December 1957. Manuel stalked, raped and strangled her, and then buried her in a nearby field. He would later lead officers to the spot where he had disposed of her body. As with Dunn's murder twenty days earlier, Cooke's disappearance was not initially connected to Manuel.

Peter (45), Doris (42) and Michael Smart (10): The Smarts were shot dead in their Uddingston home in the early hours of 1 January 1958. After the murders, Manuel stayed in their household for nearly a week, eating leftovers from their Hogmanay meal and even feeding the family cat, before stealing some brand new banknotes that Peter Smart had kept for a holiday, and taking the family car and dumping it nearby. Manuel gave a lift in this car to a police officer investigating Isabelle Cooke's disappearance, even telling him that he felt that the police were not looking in the right places..."

The Mysterious Legend of D.B. Cooper 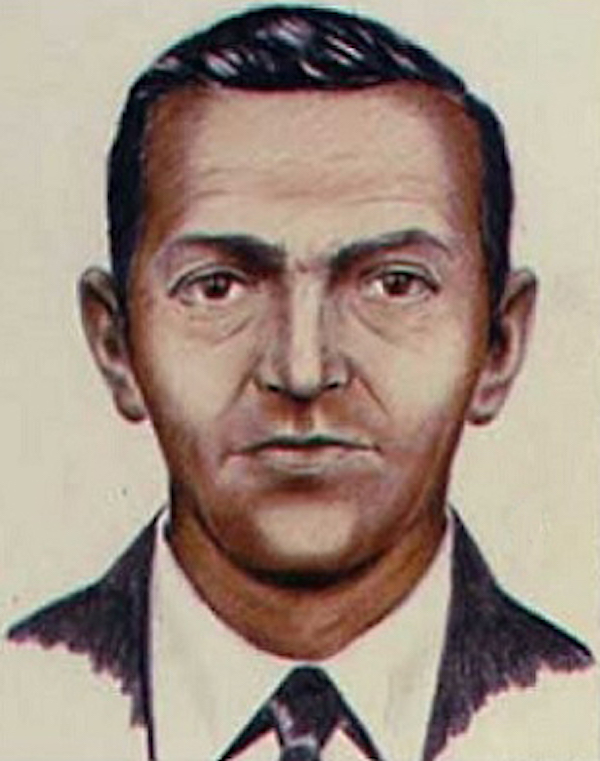 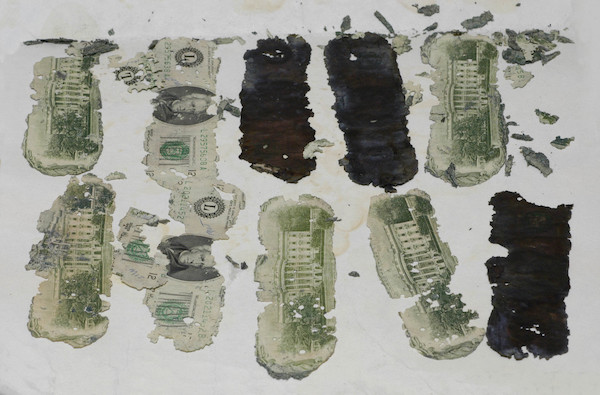 "D.B. Cooper is a media epithet (actual pseudonym: Dan Cooper) used to describe an unidentified man who hijacked a Boeing 727 aircraft in United States airspace between Portland and Seattle on the afternoon of November 24, 1971. After a stop at Seattle-Tacoma airport to collect $200,000 in ransom (equivalent to $1,260,000 in 2019) and four parachutes, he leapt to an uncertain fate over southwestern Washington. Despite an extensive manhunt and a 45-year-long FBI investigation, the perpetrator’s identity and fate remain unknown. The crime remains the only unsolved air piracy in commercial aviation history. The man purchased his airline ticket using the alias Dan Cooper but, because of a news miscommunication, became known in popular lore as D. B. Cooper.

Available evidence and a preponderance of expert opinion suggest that Cooper probably did not survive his high-risk jump. The FBI maintained an active investigation for 45 years after the hijacking. Despite a case file that grew to over 60 volumes over that period, no definitive conclusions have been reached regarding Cooper's true identity or fate.

Numerous theories of widely varying plausibility have been proposed over the years by investigators, reporters, and amateur enthusiasts. A young boy discovered a small cache of banknotes from the ransom along the banks of the Columbia River in 1980, which triggered renewed interest but ultimately only deepened the mystery. The great majority of the ransom remains unrecovered.

The FBI officially suspended active investigation of the case in July 2016, but the agency continues to request that any physical evidence that might emerge related to the parachutes or the ransom money be submitted for analysis.

Flight 305, approximately one-third full, departed Portland on schedule at 2:50 p.m. PST. Shortly after takeoff, Cooper handed a note to Florence Schaffner, the flight attendant situated nearest to him in a jump seat attached to the aft stair door. Schaffner, assuming the note contained a lonely businessman's phone number, dropped it unopened into her purse. Cooper leaned toward her and whispered, "Miss, you'd better look at that note. I have a bomb."

The note was printed in neat, all-capital letters with a felt-tip pen. Its exact wording is unknown, because Cooper later reclaimed it, but Schaffner recalled that it mentioned the bomb and directed her to sit in the seat beside Cooper. Schaffner did as requested, then quietly asked to see the bomb. Cooper opened his briefcase long enough for her to glimpse eight red cylinders ("four on top of four") attached to wires coated with red insulation, and a large cylindrical battery. After closing the briefcase, he stated his demands: $200,000 in "negotiable American currency"; four parachutes (two primary and two reserve); and a fuel truck standing by in Seattle to refuel the aircraft upon arrival. Schaffner conveyed Cooper's instructions to the pilots in the cockpit; when she returned, Cooper was wearing dark sunglasses.

The pilot, William A. Scott (1920–2001) contacted Seattle–Tacoma Airport air traffic control, which informed local and federal authorities. The 35 other passengers were told that their arrival in Seattle would be delayed because of a "minor mechanical difficulty". Northwest Orient's president, Donald Nyrop, authorized payment of the ransom, and ordered all employees to cooperate fully with the hijacker's demands. The aircraft circled Puget Sound for approximately two hours to allow Seattle police and the FBI sufficient time to assemble Cooper's parachutes and ransom money, and to mobilize emergency personnel.

Flight attendant Tina Mucklow recalled that Cooper appeared familiar with the local terrain; at one point he remarked, "Looks like Tacoma down there," as the aircraft flew above it. He also correctly mentioned that McChord Air Force Base was only a 20-minute drive (at that time) from Seattle-Tacoma Airport. Schaffner described him as calm, polite, and well-spoken, not at all consistent with the stereotypes (enraged, hardened criminals or "take-me-to-Cuba" political dissidents) popularly associated with air piracy at the time. "He wasn't nervous," Mucklow told investigators. "He seemed rather nice. He was never cruel or nasty. He was thoughtful and calm all the time." He ordered a second bourbon and soda, paid his drink tab (and attempted to give Mucklow the change), and offered to request meals for the flight crew during the stop in Seattle.

FBI agents assembled the ransom money from several Seattle-area banks – 10,000 unmarked 20-dollar bills, most with serial numbers beginning with the letter "L" indicating issuance by the Federal Reserve Bank of San Francisco, and most from the 1963A or 1969 series – and made a microfilm photograph of each of them. Cooper rejected the military-issue parachutes offered by McChord AFB personnel, instead demanding civilian parachutes with manually operated ripcords. Seattle police obtained them from a local skydiving school..."