The murder of Don Hardin

In this week’s former Fan Cult exclusive episode, Karen and Georgia cover the San Diego Tank Rampage and the murder of Don Hardin.

"Shawn Timothy Nelson (August 21, 1959 – May 17, 1995) was an American plumber and U.S. Army veteran who stole an M60A3 Patton tank from a U.S. National Guard armory in San Diego, California, and went on a rampage on May 17, 1995; he destroyed numerous cars, fire hydrants, and an RV before being shot and killed by a policeman.

According to San Diego police, in the week before his tank rampage, Nelson told a friend that he was thinking of committing suicide, and the following weekend, told a friend that "Oklahoma was good stuff," in apparent reference to the Oklahoma City bombing which happened about a month before. Whether Nelson condoned the attack or simply meant that he enjoyed the drama was not clear. Police did not believe that Nelson had any connection with the bombing or with a terrorist group.

At dusk, approximately 6:30 p.m. on Wednesday, May 17, 1995, Nelson drove his Chevrolet van to the California Army National Guard Armory on Mesa College Boulevard in the Kearny Mesa neighborhood of San Diego. Employees at the armory were working late and the gate to the vehicle yard, which was completely deserted, was left open.

M60A3 Patton on display in Lake Charles, Louisiana, in April 2005

The tanks at the armory started with a push button and did not require an ignition key. The first two tanks Nelson broke into would not start. As he lowered himself into the third tank, a 57-ton M60A3 Patton, he was finally noticed by a guardsman, who approached the tank. Nelson started the vehicle, and with little chance of stopping him, the guardsman rushed to a phone and called the police. As ammunition was kept in another building, none of the vehicle's weapons could be loaded or used by Nelson.

Nelson led police on a 23-minute, televised chase through the streets of Clairemont. Police agencies involved in the chase included the San Diego police, the San Diego County Sheriff's Department, the California Highway Patrol, and due to the tank being stolen from the armory, possibly military police as well. The tank had a top speed of 30 miles per hour (48 km/h), making the chase slow compared to police chases involving automobiles. The 57-ton tank easily plowed through road signs, traffic lights, utility poles, and fire hydrants, and crushed approximately forty parked vehicles, including an RV. The damage to utility poles knocked out power to at least 5,100 San Diego Gas & Electric customers in the Linda Vista neighborhood.

From the armory, Nelson traveled along neighborhood streets, eventually turning north on Convoy Street, west on to Balboa Avenue (then signed as State Route 274), and entered Interstate 805 heading south. While on I-805, he attempted to knock down a pedestrian bridge by running into the pillars, but failed after a few hits, and decided to continue onto the freeway. Nelson then drove the tank onto the State Route 163 freeway heading southbound, resulting in the freeway being closed and thousands of motorists being stuck. At least one news article speculated that he may have been headed to Sharp Memorial Hospital, which he had unsuccessfully sued in 1990 and partially blamed for his mother's death. After Nelson attempted to cross into the northbound lanes of State Route 163, the tank became caught on the concrete median barrier and lost one track.

After the tank was immobilized, four policemen climbed onto the tank. San Diego Police officer Paul Paxton, a gunnery sergeant at the time with the Marine Corps Reserve, opened the hatch using bolt cutters. They ordered Nelson to surrender, but he said nothing and began rocking the tank back and forth in an attempt to free it from the median. Paxton's partner, Officer Richard Piner, leaned in and shot Nelson. The bullet entered through Nelson's neck.

Nelson later died at the Sharp Memorial Hospital. Despite the widespread property destruction, he was the only fatality reported during the rampage..." 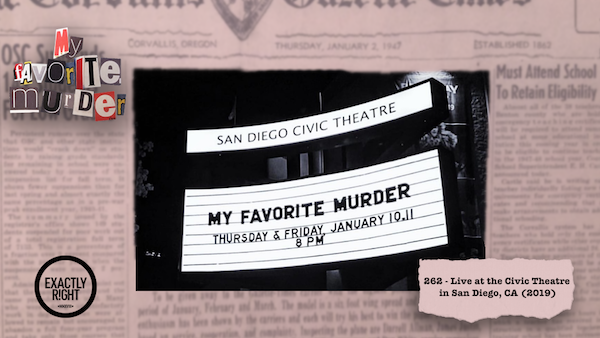 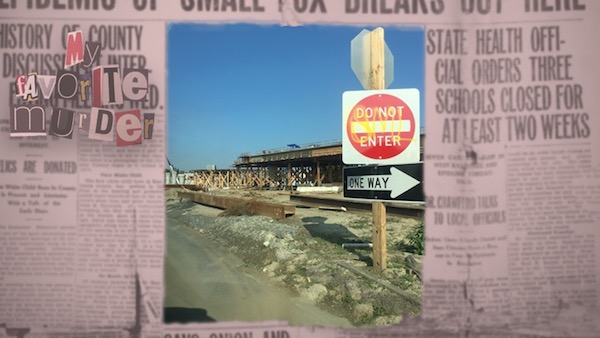 The murder of Don Hardin

The murder of Don Hardin Notes:

"In 1995, police in San Diego, California are baffled by a pair of hands found in a dumpster. Through further investigation, they determine that the hands are those of missing person Don Hardin. With this knowledge, the police focus on local homeless man Dale Whitmer, who had lived with Hardin around the time of his disappearance. However, they can find no forensic evidence on Whitmer, and the case goes cold. About one year later, investigators receive an anonymous letter with information about the crime that had been withheld from the press– information only the killer (or someone close to the killer) would know. Laser technology helps to identify the address from where the anonymous letter was mailed, which leads them to Mormon Bishop Mark Davis. Davis cites the privilege between clergy and church member as a reason to not disclose the source of the information, but a judge rules that since Davis sent the letter, he must identify the source. The source was Dale Whitmer's daughter Andrea, who ultimately chooses to testify against her father..."