The Tide Pools of Your Life

Episode 230: The Tide Pools of Your Life

Photo by Andrey Zvyagintsev on Unsplash

Photo by Nate Watson on Unsplash

Lonnie Franklin, Jr. aka the Grim Sleeper (via Wikipedia) *pictured

Police composite drawing of 'The Grim Sleeper' (via CNN.com)

"Lonnie David Franklin, Jr. (August 30, 1952 – March 28, 2020), better known by the nickname Grim Sleeper, was an American serial killer who was responsible for at least ten murders and one attempted murder in Los Angeles, California] He was also convicted for rape and sexual violence. Franklin earned his nickname when he appeared to have taken a 14-year break from his crimes, from 1988 to 2002.

In July 2010, Franklin was arrested as a suspect, and, after many delays, his trial began in February 2016. On May 5, 2016, the jury convicted him of killing nine women and one teenage girl. On June 6, 2016, the jury recommended the death penalty, and on August 10, 2016, the Los Angeles Superior Court sentenced him to death for each of the ten victims named in the verdict. On March 28, 2020, he was found unresponsive in his cell at San Quentin State Prison and pronounced dead.

On July 7, 2010, the Los Angeles Times reported that an arrest had been made. Los Angeles County District Attorney Steve Cooley identified the suspect as 57-year-old Lonnie David Franklin Jr., a mechanic who worked between 1981 and 1988 for the City of Los Angeles in the sanitation department and briefly for the LAPD. Franklin was identified for arrest, at least in part, on familial DNA analysis.

Police had found no exact match between DNA found at the crime scenes and any of the profiles in California's DNA profile database, so they searched the database for stored profiles that demonstrated sufficient similarity to allow police to infer a familial relationship. They found similar DNA belonging to Franklin's son, Christopher, who had been convicted of a felony weapons charge in 2008. Christopher was too young to have committed the murders, but the familial DNA match led investigators to look at his father, Lonnie, as the likely perpetrator. According to Cooley, detectives then used a piece of discarded pizza with Franklin's DNA to make the link.

One undercover police officer pretended to be a waiter at a restaurant where Franklin ate, collecting dishes, silverware, glasses, and pizza crusts to obtain DNA.[25] The identification was used to arrest Franklin after his DNA was obtained and deemed a match. Saliva found on the victims established a DNA match linking Franklin to the deaths.

Law enforcement missed an opportunity to catch Franklin because his DNA was not previously collected. In 2003, Franklin was convicted of a felony and was serving three years of supervised probation. In 2004, voters passed Proposition 69, which requires that DNA must be collected from all felons and everyone arrested on some specified charges. It also requires the expansion of the DNA database. Authorities collected and sorted through thousands of DNA samples. While he was on probation, Franklin's DNA was supposed to be entered in the system but was not as probation officers did not collect samples from people who were on unsupervised probation between November 2004 and August 2005. The probation department did not have the resources to collect samples until August 2005.

On December 16, 2010, the LAPD released 180 photos of women, found in Franklin's home after unsuccessful attempts to identify the individuals, possibly additional victims. "These people are not suspects, we don't even know if they are victims, but we do know this: Lonnie Franklin's reign of terror in the city of Los Angeles, which spanned well over two decades, culminating with almost a dozen murder victims, certainly needs to be investigated further," said Police Chief Charlie Beck.

In all, investigators found over 1,000 photos and several hundred hours of video in his home. The images show mainly black women of a wide age range, from teenagers to middle-aged and older, often nude. Police believe Franklin took many of the pictures, which show both conscious and unconscious individuals, dating back 30 years. The photos were released to the public in an effort to identify the women.

On November 3, 2011, Reuters reported that the police were considering Franklin as a suspect in six more slayings of additional female victims. The police were investigating two of the six as potential victims killed during a 14-year lapse between an initial spate of Grim Sleeper murders that ended in 1988 and several more that began in 2002. Of the remaining four victims, two bodies were discovered in the 1980s and two were reported missing in 2005 but the remains of the other two were never found, police said. Detectives said they linked Franklin to the six additional killings after reviewing hundreds of old case files and seeking the public's help in identifying a collection of 180 photographs of women and girls that were found in his possession.

Franklin was charged with ten murders and one attempted murder. He was held without bail until he received his death sentence. He is not charged in the death of an eleventh suspected victim, a black man, a crime for which DNA evidence was not found. On May 5, 2016, after nearly three months of trial and a day and a half of jury deliberation, Franklin was convicted of ten counts of murder and one count of attempted murder. On June 6, 2016, a Los Angeles County jury sentenced Franklin to death..." 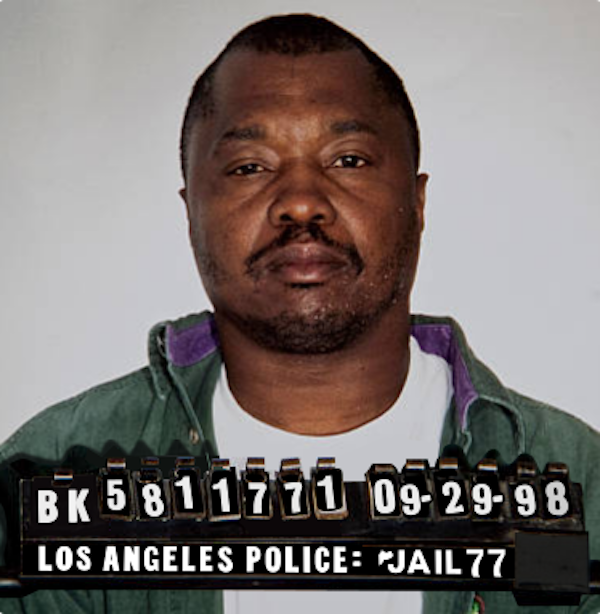 Two murderinos were hit by a vehicle while protesting in Seattle, and sadly Summer Taylor did not survive. If you have the resources please donate...

Please join us and take a moment to remember a fellow murderino who tragically passed in a car accident this week...

This Podcast Will Kill You

I Said No Gifts

Our recommendations of the week...

I’ll Be Gone In The Dark, TV show