The Season Of The Abyss

Episode 228: The Season Of The Abyss

Karen and Georgia cover the St. Francis Dam Disaster and the kidnapping of Elizabeth Shoaf.

"From the time it was founded as a small settlement in the late 18th century, Los Angeles depended on its own river for water, building a system of reservoirs and open ditches as well as canals to irrigate nearby fields. As the city grew, however, it became clear that this supply of water would be insufficient if Los Angeles were to become a major American metropolis, as city boosters wanted. In the early 20th century, efforts to channel water from the eastern slopes of the Sierra Nevada to the city and the surrounding region culminated in the building of the Los Angeles Aqueduct, completed in 1913.

In the 1920s, Owens Valley residents grew angry and frustrated after seeing their farms drained of water, nearly every drop of which was pumped into the steadily growing San Fernando Valley. In 1924 and again in 1927, protesters blew up parts of the aqueduct, marking a particularly explosive chapter in the so-called “water wars” that had divided southern California.

Tragedy struck in 1928, when the St. Francis Dam in northern Los Angeles County burst, inundating the towns of Castaic Junction, Fillmore, Bardsdale and Piru with billions of gallons of water and drowning hundreds of residents. An investigation concluded that the rock in the area had been too unstable to support the dam. Though Mulholland was cleared of charges in connection with the incident, his reputation was ruined, and he was forced to resign. The Los Angeles Aqueduct was extended further north by the early 1940s through the Mono Basin Project, finally reaching a total length of 338 miles (544 kilometers)..." 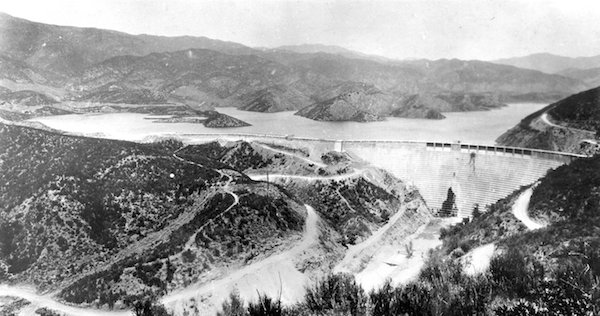 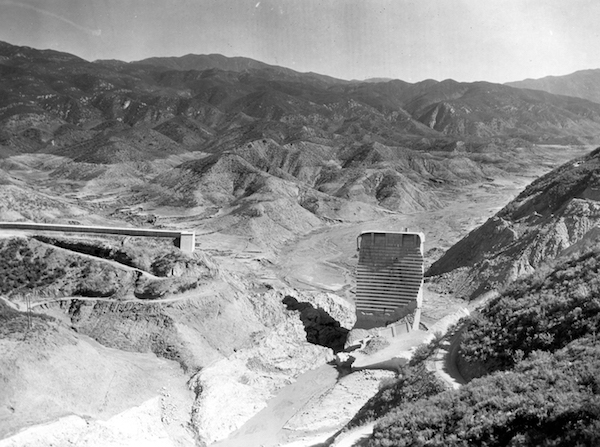 "Vinson Filyaw (born December 15, 1969)[citation needed] is an American former construction worker. He was convicted of kidnapping and raping Elizabeth Shoaf, a 14-year-old girl from Lugoff, South Carolina, in 2006, holding her captive in an underground bunker. Filyaw had built the bunker to elude police who were seeking him for the rape of Amberly Rose Shook.[citation needed] A former girlfriend of Filyaw's made an anonymous call to Kershaw County's Department of Social Services that alerted the police to him.[citation needed] Filyaw's girlfriend was also arrested on charges of aiding and abetting the abduction.

The victim, Elizabeth Shoaf, was kidnapped after she got off her school bus on September 6, 2006. Filyaw gained her trust by posing as a police officer. He walked her around in the woods until she became disoriented and then marched her to a hand-dug 15-foot bunker near his trailer home, located within a mile of her own home.

Once inside, he stripped her naked, restrained her with chains, and raped her several times a day over the duration of her 10-day captivity. Police initially interpreted her disappearance as a runaway, and did not launch an Amber alert. Shoaf's poise and calm while she was held captive was considered remarkable by people involved with missing children cases. "Not only was she very brave, she was also very smart and did several things that greatly improved her chances of survival," said Captain David Thomley of the Kershaw County Sheriff’s Department.

While being led into the woods, she dropped her shoes in the hope that it would provide a clue for someone who was searching for her.

Despite receiving ongoing death threats and having explosives hung around her neck, she "would talk with him about things that interested him, which in his eyes, made her a person, not just a captive. She began to gain his trust."

After continuing to gain his trust, she was allowed out of the bunker, and would "pull out strands of her hair [and] lay them on branches hoping search dogs might pick up her scent."

After 10 days in captivity, the victim convinced Filyaw to let her borrow his cellular phone to play games, but she had an entirely different use in mind. Once he fell asleep, she texted her mother and friends, who contacted the police. Before the police could triangulate the phone number, Sheriff Steve McCaskill thought that the text was a hoax. The former girlfriend who made the call to Kershaw County's Department of Social Services passed on Filyaw's cell phone number to the police. The authorities then began to triangulate the bunker's position through local cell phone towers.

Officer Dave Thomley did not know that Elizabeth Shoaf was underground in a bunker until Filyaw's former girlfriend showed them the first bunker he built. Thomley initially thought that it was a trash pit. Filyaw learned that he was being pursued when he watched the news on a battery-powered television in the bunker. He asked Shoaf for advice and she suggested he ought to run away to avoid capture. He left and the next morning Shoaf left the bunker and called for help until she was found by a rescue team.

Filyaw equipped the entrance of the bunker with a booby-trap, according to police..."

I’ll Be Gone In The Dark, documentary series

I Said No Gifts podcast with guest, Andrew Michann

The latest This Podcast Will Kill You

The Mirage Factory by Gary Krist

Girl in the Bunker (Lifetime Movie)