Live at the Belk Theater in Charlotte (2018)

"Shrader, who was a Navy corpsman stationed at Camp Lejeune at the time of the crimes, was convicted in 1974 of kidnapping and murdering 19-year-old Cheryl Potter Boyd. He was also accused by police of killing 15-year-olds Karen Amabile and Cindy Howard, and 23-year-old Ginger Rader, though he was never tried on those charges.

In January 1974, Shrader kidnapped Rader and forced her to help him rob a bank; then he shot her to death, police said.

On Aug. 2 of that year, Amabile and Howard went to mail a letter at the post office when they were stopped by Shrader’s 16-year-old stepdaughter, Debra Ann Brown. Police said Brown knew Amabile from school and offered the girls a ride home.

Shrader, who was waiting in his van, handcuffed the two girls, bound their mouths with a pair of pantyhose and put tape over their eyes, Brown would later testify. Shrader then sexually assaulted the girls and strangled them to death, police said. Their bodies, clothed only in panties, were found in the Bear Creek area.

On Aug. 16, 1974, Shrader kidnapped Boyd from the parking lot of the post office on New Bridge Street.

Boyd’s younger brother, Gerald Potter Jr., said Boyd was getting into her car when Shrader got in on the other side. He forced Boyd to help him rob a nearby bank, then shot her in the face and left her body in the car behind New River Shopping Center.

Potter said he thinks Boyd realized who Shrader was once he slipped on a green ski mask for the bank robbery.

"They were looking for someone with a green ski mask" in connection with the other crimes, he said.

"Back then we had a building for Camp Lejeune Military Police next to the police station," he said. "A corpsman that was walking through saw the wanted picture we had tacked up on the wall. Even though the suspect had a ski mask on, the corpsman recognized the freckles around the eyes."

The corpsman, who said he had just eaten dinner with Shrader a week earlier, was taken to Collins, who was working the case. Collins said police raided Shrader’s Cedar Point home within three hours.

He cannot forget what he found when he searched Shrader’s attic, he said.

"That was the most eerie feeling that I ever had in my life," Collins said. "I will never forget the chamber of horrors Shrader had set up in his attic. It was a torture chamber."

Shrader was suspected of repeatedly molesting and raping his five stepchildren there, Collins said.

Shrader’s wife, Barbara, told The Daily News last year that she packed up her four other children — Brown had been charged in one of the crimes — and left Onslow County in the middle of the night. She said she went to Boston to the home of her husband’s aunt, the only family she had left.

Brown testified against Shrader in court and served seven years of a 15-year sentence for her part in Boyd’s kidnapping.

"He beat me with chains, fists, guns and bottles," Brown testified.

At the time of his trial, Brown was pregnant with Shrader’s baby. Collins said he thinks a relative took Brown’s baby when the child was born.

Shrader wrote letters to Brown while they were both incarcerated.

"Until I’m dead and in a box, you belong to me body and soul," Shrader wrote, according to a Daily News report from 1974. "Don’t get any false feelings of security as long as I’m alive. I may just decide to take you to hell with me. As long as I live, you may damned well die."

Shrader was sentenced to death for Boyd’s murder and kidnapping, but his sentence was commuted to life imprisonment in 1976 after the U.S. Supreme Court ruled the death penalty unconstitutional. When the death penalty was later reinstated, Shrader’s sentence did not change.

He was eligible for parole beginning in 1986, but 2005 was the first time the board considered the possibility of his release. His next parole eligibility date was set for Sept. 21..." 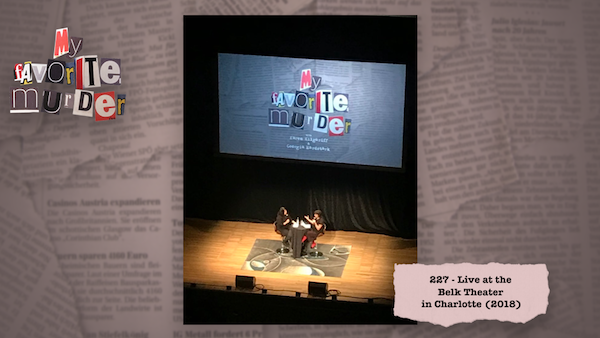 Other images (not pictured):

Blanche Taylor Moore in court (via Lee Records from Greensboro.com)

"Blanche Kiser Taylor Moore (born February 17, 1933) is an American convicted murderer and suspected serial killer from Alamance County, North Carolina. Moore is awaiting execution in North Carolina for the 1986 arsenic poisoning of her boyfriend. She is also suspected in the death of a mother-in-law and her first husband, and the attempted murder of her second husband in 1989.

In 1952, Blanche married James Napoleon Taylor, a veteran and furniture restorer; they had two children, one in 1953 and another in 1959. In 1954, Blanche began working at Kroger as a cashier. By 1959, she'd been promoted to head cashier (roughly the equivalent of a customer service manager today), the highest job available to a female employee at Kroger at the time. In 1962, Blanche began an affair with Raymond Reid, the manager of the store where she worked. James Taylor died in 1971; as with her father three years earlier, the cause of death was initially reported as a heart attack.

After Taylor's death in 1971, Blanche and Reid began dating publicly. By 1985, however, the relationship had soured. There are indications that she began to date Kevin Denton, Kroger's regional manager for the Piedmont Triad area; however, that relationship ended, and she filed a sexual harassment lawsuit against Denton and Kroger in October 1985. Denton was forced to resign, and Kroger settled the case out of court two years later for $275,000. In 1985, Blanche also accused an unknown "pervert" of starting two fires that damaged her mobile home.

On Easter Sunday, she met Rev. Dwight Moore, the divorced pastor of the Carolina United Church of Christ in rural Alamance County. Eventually the two began meeting for meals. Blanche had to hide her budding relationship with Moore because her lawsuit against Kroger maintained that she was "completely alienated and antagonistic towards men and has not been able to maintain any meaningful social contacts with the opposite sex." While she was dating Moore, she asked him to procure some arsenic-based ant killer for her.

In 1986, Reid developed what was initially diagnosed as a case of shingles. He was hospitalized in April of that year, and died on October 7, 1986. Doctors indicated the cause of death was Guillain–Barré syndrome. The Kroger lawsuit was settled one year later. Blanche and Moore began seeing each other publicly shortly after Reid's death. They planned to marry, but Blanche was diagnosed with breast cancer in 1987. The wedding date was pushed back to November 1988, but Moore developed a mysterious intestinal ailment that required two surgeries to correct. On April 19, 1989, the couple were married and honeymooned over a long weekend in New Jersey. Within days of their return, Moore became severely ill and collapsed after eating a fast-food chicken sandwich that Blanche had given him.

After several days of extreme nausea and vomiting, Moore was admitted to Alamance County Hospital on April 28. For the next two days, he was transferred between Alamance County and North Carolina Baptist Hospital in Winston-Salem. Moore was then admitted to North Carolina Memorial Hospital in Chapel Hill. Despite hospitalization, his condition deteriorated further, threatening multiple organ failure and death. Blanche had told doctors he had been working with herbicide in their yard soon after returning from their honeymoon. Doctors Lucas Wong, Jonathan Serody, Mark Murphy and George Sanders, after discussions with the hospital toxicologist, ordered a toxicology screen to check for herbicide poisoning. The results came back on March 13, showing Moore had 20 times the lethal dose of arsenic in his system- the most arsenic found in a living patient in the hospital's history at that time. Moore had a particularly robust constitution and survived. However, he never regained full sensation in his hands and feet. In a 2010 television interview, Moore said he still suffers tremors in his hands and weakness in his legs.

The North Carolina State Bureau of Investigation (SBI) and the police were notified by the hospital of Moore's toxicology results. When interviewed by police from his hospital bed, he mentioned that a former boyfriend of Blanche's died from Guillain–Barré syndrome, which presents similar symptoms to arsenic poisoning. Investigators also discovered Blanche had attempted to change Moore's pension in order to make herself the principal beneficiary. In light of these revelations, exhumations of her first husband James Taylor, her lover Raymond Reid, and her father Parker Kiser were ordered by investigators. Subsequent autopsies showed elevated levels of arsenic in all three bodies. The levels found in Reid and Taylor were determined to be fatal, therefore reclassifying their deaths as the result of arsenic poisoning. It also emerged that doctors at Baptist Hospital, where Reid was admitted in 1986, had ordered a toxicology screen for him at that time. However, on the day the test came back, the resident responsible for caring for Reid rotated to another hospital, and the new resident never passed the results up the chain of command. Those results had shown an extremely high level of arsenic in Reid's system.

During interviews, Blanche stated that both Moore and Reid felt depressed and suggested they had probably been taking arsenic themselves—something investigators found highly improbable. Additionally, it emerged she had still been sleeping with Reid around the same time she began dating Moore, raising further questions about her possible involvement with Reid's illness and death. Blanche also had Moore's hair cut in an attempt to prevent hair samples being obtained by the SBI. Pubic hair samples were used instead. On July 18, 1989, Blanche was arrested and charged with first-degree murder in the deaths of Reid and Taylor. She was also charged with assault with a deadly weapon for the poisoning of Moore. Prosecutors later dropped the charges in the cases of Taylor and Moore, after she was sentenced to death for Reid's murder..."