What’s In Your Pants?

The Angel Makers of Nagyrév

The Angel Makers of Nagyrév

The Angel Makers of Nagyrév Notes:

Defendants in the arsenic poisoning case (via Wikipedia)

The Women of Nagyrév after arrest (via Wikipedia) *not pictured

"The Angel Makers of Nagyrév (Hungarian: Tiszazugi méregkeverők, "Tiszazug poison-mixers") were a group of women living in the village of Nagyrév, Hungary who between 1914 and 1929 poisoned to death an estimated 300 people. They were supplied arsenic and encouraged to use it for the purpose by a midwife or "wise woman" named Zsuzsanna Fazekas, wife of Gyula Fazekas, née Zsuzsanna Oláh (Fazekas Gyuláné Oláh Zsuzsanna).

Mrs. Fazekas was a middle-aged midwife who arrived in Nagyrév in 1911, with her husband already missing without explanation. Between 1911 and 1921 she was imprisoned 10 times for performing illegal abortions, but was consistently acquitted by judges supporting abortion.

In Hungarian society at that time, the future husband of a teenage bride was selected by her family and she was forced to accept her parents' choice. Divorce was not allowed socially, even if the husband was an alcoholic or abusive. During World War I, when able-bodied men were sent to fight for Austria-Hungary, rural Nagyrév was an ideal location for holding Allied prisoners of war. With POWs having limited freedom within the village, the women living there often had one or more foreign lovers while their husbands were away. When the men returned, many of them rejected their wives' affairs and wished to return to their previous way of life, creating a volatile situation. At this time Fazekas began secretly persuading women who wished to escape this situation to poison their husbands using arsenic made by boiling flypaper and skimming off the lethal residue.

After the initial killing of their husbands, some of the women went on to poison parents who had become a burden to them, or to get hold of their inheritance. Others poisoned their lovers, some even their sons; as the midwife allegedly told the poisoners, "Why put up with them?"

The first poisoning in Nagyrév took place in 1911; it was not the work of Mrs. Fazekas. The deaths of other husbands, children, and family members soon followed. The poisoning became a fad, and by the mid-1920s, Nagyrév earned the nickname "the murder district." There were an estimated 45–50 murders over the 18 years that Mrs. Fazekas lived in the district. She was the closest thing to a doctor the village had and her cousin was the clerk who filed all the death certificates, allowing the murders to go undetected.." 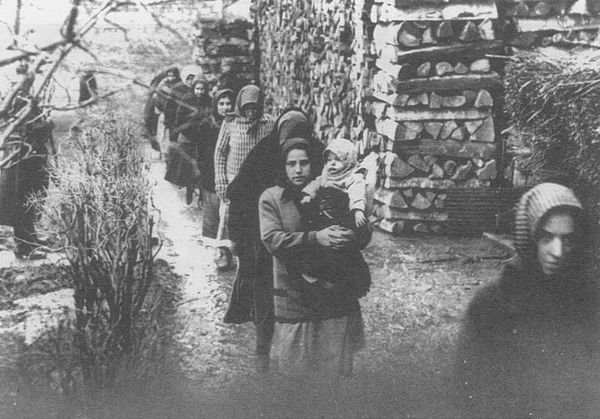 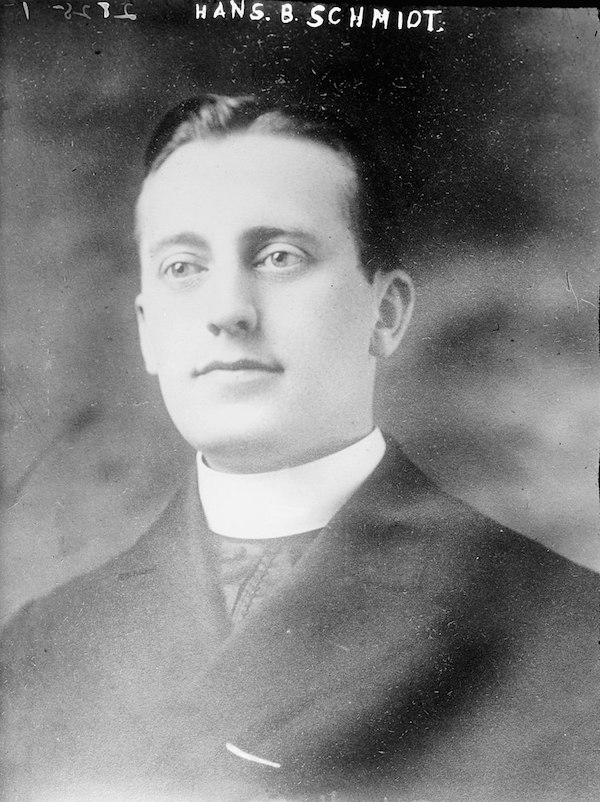 "Hans B. Schmidt (1881 – February 18, 1916) was a German Roman Catholic priest convicted of murder, and the only priest to be executed in the United States.

In New York City in 1912, Schmidt met Anna Aumüller, the housekeeper for St. Boniface's Rectory, who had emigrated from the Austro-Hungarian Empire in 1910. In his conversations with alienists, Schmidt claimed to have heard a voice from God ordering him to "love" Anna. She first refused his advances, but eventually began having a secret sexual relationship with Schmidt.

Beginning in December 1912, Schmidt was also having a secret homosexual relationship with a New York City dentist named Ernest Muret, with whom he operated a counterfeiting ring. Schmidt later claimed to have enjoyed Muret more than Anna.

Despite his subsequent transfer to St. Joseph's Church in a distant area of Manhattan, Schmidt and Anna continued a secret sexual relationship. It was later revealed that they were "married" in a secret ceremony, which Schmidt performed himself. Schmidt also wrote their names on a marriage certificate and told Anna that he was about to leave the priesthood for her.

During a sexual encounter with Anna on the high altar of St. Joseph's Church, Schmidt received what he claimed was a command from God to "sacrifice" her. The command was repeated so insistently that Schmidt told Anna, who called him "crazy". Soon after, Anna informed him that she was pregnant.

On the night of September 2, 1913, Schmidt went to the apartment they had rented while posing as a married couple. He slashed Anna's throat while she slept, drank her blood, raped her as she bled to death, dismembered her body, and threw the pieces from a ferry into the Hudson River. Schmidt then returned to St. Joseph's Church, offered Mass and administered Holy Communion as though nothing had happened.

After pieces of Anna's torso washed ashore at Cliffside Park and Weehawken, New Jersey, Hudson County police detectives found a price tag still attached to the pillowcase used to wrap part of the body. Using the tag, the pillowcase was traced to a Newark factory, which sold exclusively to Manhattan furniture dealer George Sachs. The investigation was then taken over by the New York City Police Department and assigned to Manhattan Chief of Detectives Joseph Faurot.

After arriving at George Sachs' furniture store at 2782 Eighth Avenue, Inspector Faurot found the dealer unable to recall how many of the pillowcases he had sold. A check through his receipts revealed that a bedspring, a mattress, pillows, and pillowcases had been sold on August 26, 1913. The buyer had given his name as A. Van Dyke and had arranged for his purchases to be delivered to a third story apartment at 68 Bradhurst Avenue.

Questions to the building superintendent revealed that apartment was occupied by a married couple. The husband was described as a man with a heavy German accent who had given his name as H. Schmidt. When a three-day stake out revealed no one arriving, Inspector Faurot ordered detective Frank Cassassa to break into the apartment. A cursory search found that the floor had been recently scrubbed, but large amounts of dried blood were found on the walls. A large bloodstained knife was also found on the kitchen shelf. Men's clothing with the name A. Van Dyke sewn into the lining was found, as were letters in both German and English addressed to a Hans Schmidt.

Many of the letters were from women in Germany. The largest number, however, were from an Anna Aumüller whose most recent address was listed as 428 East Seventieth Street. Inspector Faurot and detectives Cassassa and O'Connell visited the address and learned that Anna had moved out after receiving a job as housekeeper at St. Boniface's Church. Faurot and the detectives then visited St. Boniface's Church and were told by the senior pastor, Fr. John Braun, that Anna had been his housekeeper, but had transferred to St. Joseph's Church. Upon being asked if he knew the name Hans Schmidt, Fr. Braun described him as a priest who had formerly been assigned to St. Boniface's Church but had also moved to St. Joseph's.

Inspector Faurot and detectives Cassassa and O'Connell arrived at St. Joseph's Rectory at 1:30. After Faurot pounded on the door, the senior pastor, Fr. Daniel Quinn, opened the door, led them into the parlor, and woke Schmidt. Upon being confronted by the inspector and the detectives, Schmidt admitted, "I killed her! I killed her because I loved her!" Schmidt then described the murder and dismemberment in detail. As his fellow priests watched in horror, Schmidt was taken into police custody..."

The Trunk Dipped In Blood by Mark Grossman

The Confidence Game by Maria Konnikova

I Said No Gifts! podcast latest episode with Lamar Woods