The Murder of Madalyn Murray O'Hair

The Survival Story of Juliane Koepcke

Karen and Georgia cover the murder of Madalyn Murray O'Hair and the survival story of Juliane Koepcke.

The Murder of Madalyn Murray O'Hair

Madalyn with her son Garth, and her granddaughter Robin (MySanAntonio.com via AllThatsInteresting.com)

"Madalyn Murray O'Hair (born Mays; April 13, 1919 – September 29, 1995) was an American activist supporting atheism and separation of church and state. In 1963 she founded American Atheists and served as its president until 1986, after which her son Jon Garth Murray succeeded her. She created the first issues of American Atheist Magazine.

O'Hair is best known for the Murray v. Curlett lawsuit, which challenged the policy of mandatory prayers and Bible reading in Baltimore public schools, in which she named her first son William J. Murray as plaintiff. Consolidated with Abington School District v. Schempp (1963), it was heard by the United States Supreme Court, which ruled that officially sanctioned mandatory Bible-reading in American public schools was unconstitutional. The Supreme Court had prohibited officially sponsored prayer in schools in Engel v. Vitale (1962) on similar grounds. Through American Atheists, O'Hair filed numerous other suits on issues of separation of church and state.

In 1995, O'Hair, her second son Jon Garth Murray (known as "Garth"), and her granddaughter and adopted daughter Robin Murray O'Hair (daughter of William J. Murray (her son) and his high school girlfriend Susan, disappeared from Austin, Texas. Garth Murray withdrew hundreds of thousands of dollars from American Atheists' funds, and there was speculation that the trio had absconded. David Roland Waters, a convicted felon and former employee of American Atheists, was convicted of murdering O'Hair, Jon Garth Murray, and Robin Murray O'Hair. The bodies were not found until Waters led authorities to their burial place following his conviction..." 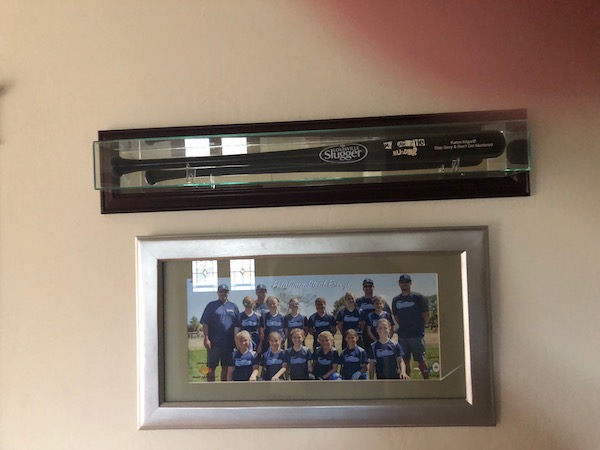 The Survival Story of Juliane Koepcke

Juliane and Werner Herzog making Wings Of Hope (via IMDB.com)

Juliane Koepcke in forest (via Pinterest.com)

Juliane Koepcke at site of plane crash 1988 on set of Wings Of Hope (via DocNYC.net)

"Juliane Koepcke (born October 10, 1954), also known by her married name Juliane Diller, is a German Peruvian mammalogist. As a teenager in 1971, Koepcke was the lone survivor of the LANSA Flight 508 plane crash, then survived eleven days alone in the Amazon rainforest. Maria, Koepcke's mother, was working in Lima when Koepcke was about to graduate from high school. Maria had wanted to return to Panguana on 19 or 20 December 1971, but Koepcke wished to attend her graduation ceremony on 23 December. Maria agreed to staying later and instead, they scheduled a flight on Christmas Eve. All flights were booked, aside from one with Líneas Aéreas Nacionales S.A. (LANSA). Her father Hans-Wilhelm urged Maria to avoid flying with the airline, which had a poor reputation. They booked the flight, nonetheless.

The LANSA Lockheed L-188 Electra OB-R-941 commercial airliner was struck by lightning during a severe thunderstorm and broke-up in mid-air, disintegrating 3.2 kilometres (2.0 mi) above the ground. Koepcke, still strapped into her seat, survived the fall to earth, suffering a broken collarbone, a gash to her right arm, and her right eye swollen shut. "I was definitely strapped in it [the airplane seat] when I fell," she said later. "It must have turned and buffered the crash; otherwise I wouldn't have survived." Koepcke's first priority was to find her mother, who had been seated next to her, but her search proved unsuccessful. She would later learn that her mother initially had survived the crash also, only to die of her injuries several days later.

Surviving on sweets she found at the site, Koepcke waded downstream through knee-high water, as her father had taught her, that tracking downstream should eventually lead to civilization. After ten days, she found a boat moored near a small shelter. She poured gasoline from the fuel tank on her wounds to clear them of maggots and spent the night in the shelter. Koepcke said: "I remained there but I wanted to leave. I didn't want to take the boat because I didn't want to steal it." The next morning, a small group of local fishermen discovered her and brought her to their village. The following day, a local pilot volunteered to fly her to a hospital in Pucallpa, where she was reunited with her father.

After recovering from her injuries, Koepcke assisted search parties in locating the crash site and recovering the bodies of victims. Her mother's body was discovered on 12 January 1972..."

Here's what MFM is reading at the moment. Read along with them!

The Most Hated Woman In America

When I Fell From The Sky by Juliane Diller (Koepcke)