The Rescue of Baby Jessica

The Deaths of Sid Vicious and Nancy Spungen

Karen and Georgia cover the rescue of Baby Jessica and the deaths of Sid Vicious and Nancy Spungen.

The Rescue of Baby Jessica

The Rescue of Baby Jessica Notes:

Baby Jessica being rescued (via PennLive.com)

"Jessica McClure Morales (born March 26, 1986; also known as "Baby Jessica" in 1987) fell into a well in her aunt's backyard in Midland, Texas on October 14, 1987, at the age of 18 months. Between that day and October 16, rescuers worked for 56 hours to free her from the 8-inch (20 cm) well casing 22 feet (6.7 m) below the ground. The story gained worldwide attention (leading to some criticism as a media circus), and later became the subject of a 1989 ABC television movie Everybody's Baby: The Rescue of Jessica McClure.

McClure's rescue proved to be a much more difficult ordeal than was first anticipated. Within hours of beginning the emergency procedure, the Midland Fire and Police Departments devised a plan that involved drilling a shaft parallel to the well and then drilling a tunnel at a right angle across to it. Enlisting the help of a variety of local (often out-of-work) oil drillers, the Midland officials had hoped to free McClure in minutes. However, the first workers to arrive on the scene found their tools barely adequate to penetrate the hard rock around the well. It took about six hours to drill the shaft and longer to drill the tunnel, because the jackhammers used were designed for drilling downward, rather than sideways. A mining engineer eventually arrived to help supervise and coordinate the rescue effort. TV viewers watched as paramedics and rescuers, drilling experts and contractors worked to save McClure's life. Meanwhile, they were reassured when they heard her singing “Winnie the Pooh” from deep in the well. As long as she was still singing, they knew she was still alive. Forty-five hours after she fell into the well, the shaft and tunnel were finally completed.

The relatively new technology of waterjet cutting, used to cut through the hard rock around the well, was a vital part of the rescue.

Ron Short, a roofing contractor who was born without collar bones because of cleidocranial dysostosis and so could collapse his shoulders to work in cramped corners, arrived at the site and offered to go down the shaft. They considered his offer, but did not use it. One report said that he helped to clear tunneling debris away.

Midland Fire Department paramedic Robert O'Donnell was ultimately able to inch his way into the tunnel and wrestle McClure free from the confines of the well, handing her to fellow paramedic Steve Forbes, who carried her up to safety, and then Paramedic Bill Queen, who carried her to the waiting ambulance..." 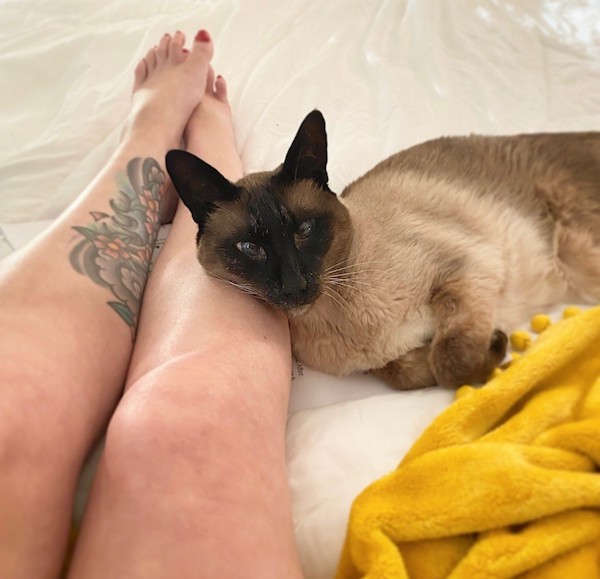 The Deaths of Sid Vicious and Nancy Spungen

The Deaths of Sid Vicious and Nancy Spungen Notes:

Never Mind the Bollocks, Here's the Sex Pistols (via Wikipedia)

"Nancy Laura Spungen (February 27,958 – October 12, 1978) was the American girlfriend of English punk rock band Sex Pistols bassist Sid Vicious and a figure of the 1970s punk rock scene. Spungen's life and death have been the subject of controversy among music historians and fans of the Sex Pistols.

Raised Jewish in Philadelphia, Spungen was an emotionally disturbed child who was diagnosed with schizophrenia at age 15. After being expelled from college, she went to London at the height of the punk rock craze and became involved with Sid Vicious. Their relationship was punctuated by bouts of domestic violence and drug abuse. The press soon labelled Spungen "Nauseating Nancy" for her shocking behavior. After the Sex Pistols disbanded, the couple moved to New York City and checked into the Hotel Chelsea where they spent their time consuming drugs.

In October 1978, Spungen was found dead in the bathroom of the couple's room, with a single stab wound to the abdomen. Sid Vicious was charged with her murder, but died of a heroin overdose while on bail in February 1979, before the case went to trial. Various authors and filmmakers have speculated about Vicious's role in Spungen's death and the possibility that Spungen was killed by a drug dealer who frequently visited their room.

Spungen left home at 17 and moved to New York City, where she worked as a stripper and prostitute. She followed bands such as Aerosmith, Bad Company, The New York Dolls, and Ramones. In 1977, she moved to London, possibly to win over Jerry Nolan of the Dolls and The Heartbreakers, but met the Sex Pistols instead. Lead singer Johnny Rotten showed no interest in Spungen, so she pursued bassist Sid Vicious, and the couple soon moved in together.

During a tumultuous 19-month relationship, Spungen and Vicious (who was abusing multiple drugs) became addicted to heroin and other drugs. The tabloids dubbed Spungen "Nauseating Nancy" for her frequent public displays of verbal abuse and violence. After the Sex Pistols broke up in January 1978, Spungen and Vicious moved to the Hotel Chelsea in New York City. They stayed in room 100, registered as "Mr. and Mrs. John Simon Ritchie", Vicious's real name.

Over the next few months, Vicious and Spungen spiraled into deeper drug abuse punctuated by domestic violence, with Vicious allegedly attacking Spungen. Their relationship ended violently on October 12, 1978 when Spungen's body was found under the sink in the bathroom of their room at Hotel Chelsea. Spungen had suffered a single fatal stab wound to the abdomen. Vicious reportedly owned the knife that made the wound. A "007" hunting knife he had obtained after seeing Dee Dee Ramone give one to The Dead Boys' Stiv Bators, was long rumored to be the murder weapon, but the NYPD police report notes the knife being a Jaguar Wilderness K-11 with a five-inch (13 cm) blade.

Vicious was immediately arrested and charged with second degree murder. He pleaded not guilty and was released on bail. Four months after Nancy's death, he died of a heroin overdose before the trial could take place and, consequently, the NYPD closed the case.

Spungen was buried in the King David Memorial Park in Bensalem, Pennsylvania.

There are several theories that Spungen was murdered by someone other than Vicious, such as one of the two drug dealers who visited the apartment that night, and that a possible robbery was involved, as certain items (including a substantial bankroll) were claimed to be missing from the room. In his book Pretty Vacant: A History of Punk, Phil Strongman accuses actor and stand-up comic Rockets Redglare of killing Spungen; Redglare had delivered drugs to the couple's room at the Chelsea Hotel the night of Spungen's death.

Throughout his life, Redglare, who died in 2001, steadfastly denied any involvement in Spungen's murder to the press[, but often "confessed" to the murder within his circle of friends, to mixed reaction. Friends like Zoe Hansen took Redglare at his word, but others like Howie Pyro have cast doubt on Rockets' alleged claims, insisting he enjoyed telling exaggerated stories for attention. Rockets also told the press that he believed a drug dealer he had seen in the lobby of the Chelsea Hotel on the morning of Nancy's murder had actually committed the crime, and not Sid..."

The Truth Will Out, TV show

This week we're reading YOUR Fucking Hoorays! This week's are from...

This week we're reading YOUR Fucking Hoorays! This week's are from...