Live at the Davies Symphony Hall in San Francisco (2018)

The Murder of Cecelia Bowers

The Alcatraz Escape of 1962

Karen and Georgia cover the murder of Cecelia Bowers and the Alcatraz Escape of 1962.

The Murder of Cecelia Bowers

The Murder of Cecelia Bowers Notes:

"On Nov. 1, 1885, Cecelia Bowers, the 29-year-old wife of a 45-year-old San Francisco doctor named J. Milton Bowers, died after a two-month-long illness. Nothing appeared suspicious about her death. Dr. Bowers was a moderately successful, rather nondescript physician with no known vices. The only thing out of the ordinary about him was that he had been married twice before, both those wives had also died, and he had remarried remarkably quickly.

During Cecelia Bowers’ illness she had been treated by two doctors, neither of them her husband, who said she had died of an abscessed liver. At his wife’s deathbed, Bowers had given every appearance of grief and despair.

But the morning after Mrs. Bowers’ death, the coroner received an unsigned letter hinting that her untimely demise might not have been of natural causes. The coroner accordingly ordered an inquest, to which Bowers made no objection. The inquest was held at the Arcade House on upper Market, where Bowers lived and had his practice. It found nothing untoward, but at its conclusion a stranger, who identified himself as an insurance investigator, asked that an autopsy be performed. It turned out that Mrs. Bowers had been insured for $17,000 — about $500,000 in today’s dollars.

Bowers again made no objection. But when officials went to perform the autopsy, they discovered Bowers had already had his wife buried. The coroner had the body exhumed and the autopsy performed. On November 10, 1885, The Chronicle reported that when the jar containing Mrs. Bowers’s stomach was opened, it gave off the smell of phosphorus. When the jar was placed in a darkened room, the stomach gave off a ghostly light. No abscess was found on the liver. Only one conclusion was possible: Cecilia Bowers had died of phosphorus poisoning.

Bowers was arrested and charged with the murder of his wife. His trial began in April 1886. Throughout it, he coolly maintained his innocence, stating that he did not need the insurance money and that as a medical man he would never have been so foolish as to use phosphorus as a poison when so many non-traceable substances were available. For its part, the prosecution presented evidence that Bowers had begun arguing with and beating his wife four weeks after their wedding, that he boasted to her about his extramarital affairs, and that when she threatened to get a divorce, he told her that no woman could divorce him, that he was a doctor and would find another way of getting rid of her..."

The Alcatraz Escape of 1962 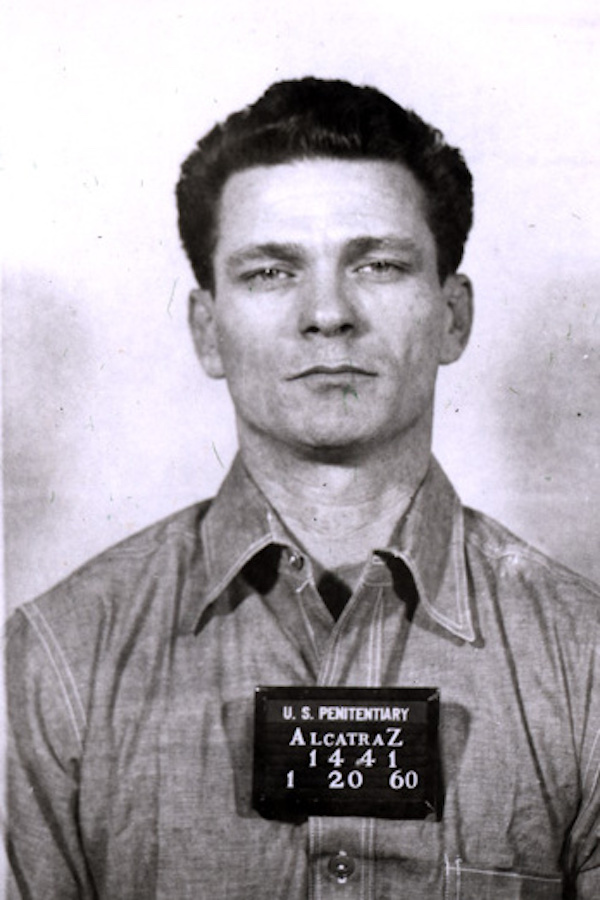 The Alcatraz Escape of 1962 Notes:

Fake head found in the bed of escaped Alcatraz inmates (FBI via Timeline.com)

"The June 1962 Alcatraz escape was a prison break from Alcatraz Federal Penitentiary, a maximum-security facility located on an island in San Francisco Bay, undertaken by inmates Frank Morris and brothers John and Clarence Anglin. The three men were able to escape from their cells and leave the island in a makeshift raft.

The fate of the escapees after they entered San Francisco Bay has remained unknown. A fourth inmate, Allen West, did not manage to escape his cell in time to join the others and decided to abort his escape attempt. The escape was marked by elaborate planning and execution, including crafting dummy heads to fool the guards, making of improvised tools and of a raft.

In 1979, the FBI officially closed its investigation, concluding that the men drowned in San Francisco Bay, while trying to reach land. However, the US Marshals Service has continued to keep the escapees on its wanted list. New circumstantial and material evidence has continued to surface, stoking further research and debates on whether the inmates managed to survive.

On the night of June 11, 1962, with all preparations in place, the men began their escape. However, the cement employed to shore up crumbling concrete around West's vent had hardened, diminishing the hole in size and fixing the grill in place. By the time he managed to remove the grill and re-widen the hole to egress, the others had already left, as he was soon to discover; he busted out to the prison roof only to return to his cell around sunrise and go to sleep.[30] West went on to cooperate fully with investigators and give them a detailed description of the escape plan, in consequence of which he was not punished for his role in it.

From the service corridor, Morris and the Anglins climbed the ventilation shaft to the roof. Guards heard a loud crash as they broke out of the shaft, but since nothing further was heard, the source of the noise was not investigated. Hauling their gear with them, they descended 50 feet (15 m) to the ground by sliding down a kitchen vent pipe, then climbed two 12-foot (3.7 m) barbed-wire perimeter fences. At the northeast shoreline, near the power plant—a blind spot in the prison's network of searchlights and gun towers—they inflated their raft with the concertina. At some time after 10 p.m., investigators estimated, they boarded the raft, launched it and departed toward their objective, Angel Island, two miles to the north..."