It Was My Birthday, Forensic Files!

The Hijacking of Pan Am Flight 73

Episode 211: It Was My Birthday, Forensic Files!

Karen and Georgia cover the hijacking of Pan Am Flight 73 and the Tulsa race massacre.

The Hijacking of Pan Am Flight 73

The Hijacking of Pan Am Flight 73 Notes:

Pan Am Flight 73 Plane (via Wikipedia)

"Security forces laid siege to the New York-bound plane for 16 hours at Karachi airport after the jet was taken over by Palestinian militants on 5 September 1986. There was a bloody end - 22 people killed and about 150 injured.

It shocked the world, and is the subject of a newly released film, but the surviving crew have until now remained silent.

While they relayed the events to a private FBI meeting a week after the hijack, and to a parole hearing for the lead hijacker in 2005, this is the first time they have shared details with the media. They also shed light on the last few hours of Neerja Bhanot, their colleague who died in the attack and is the subject of the new film.

They are breaking this silence now, they say, because they want to honour and acknowledge the vital roles played by all on board, most of whom are not known to the public..." 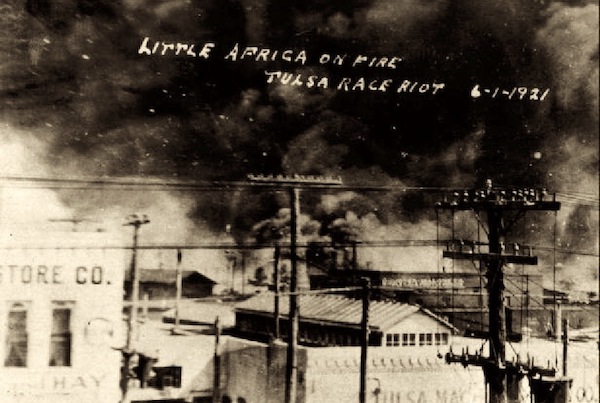 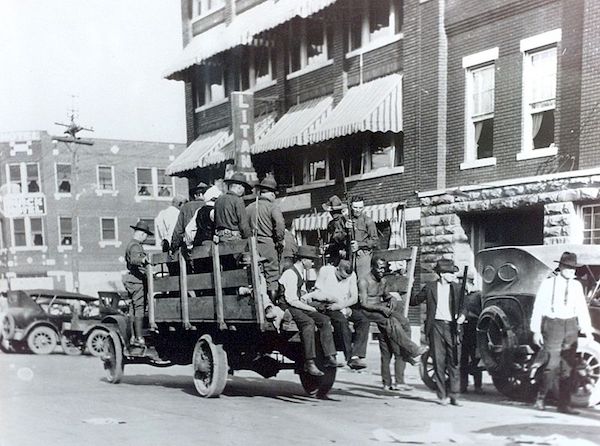 Panorama of the Tulsa Riot ruined area (via Wikipedia)

Homes and businesses burned in Greenwood, 1921 (via Wikipedia)

"Nearly a century after a race massacre left as many as 300 people dead, the city plans to dig for suspected mass graves that may have been used to dispose of African American bodies.

The excavation is set to begin in April.

The decision comes two months after a team of forensic anthropologists and archaeologists, led by the Oklahoma Archaeological Survey at the University of Oklahoma, revealed that they had found “possible common graves” at two sites in Tulsa. They identified the sites as the Canes, located on a bluff along the Arkansas River near Highway 75, and the Sexton area of Oaklawn Cemetery, which is a few blocks from Greenwood, the black community that was destroyed during one of the worst episodes of racial violence in U.S. history..."

"Death In A Promised Land" by Scott Ellsworth

I Said No Gifts podcast on Stitcher and Spotify

My dad Marty providing a little perspective on life.

Getting back into stand-up comedy.