Live at Revolution Hall in Portland (2017)

The Murders at Crater Lake

Karen and Georgia cover William Scott Smith and the murders at Crater Lake.

"A high school dropout and unemployed fry cook, William Smith was convicted on charges of "menacing" in 1978, at Silverton, Oregon. That same year, a second-degree burglary conviction, in nearby Salem, earned him a one-year suspended sentence.

In 1979, Smith and another man were accused of second-degree sexual assault on an adult female victim; Smith was acquitted of the charge, while his companion went to jail. Authorities in Boise, Idaho, convicted Smith of indecent exposure during 1981, and a year later he was questioned by Ada County sheriff's officers in the unsolved murder of 14-year-old Lisa Chambers. Things were getting hot in Idaho, and Smith returned to Salem, Oregon, where he felt more at home.

On February 19, 1984, Rebecca Darling, 21, disappeared from her job on the graveyard shift at an all-night convenience store. A customer had seen her on the job around 3:20 a.m., but she was missing thirty minutes later, when another early shopper found the store deserted. Darling's decomposed remains were found March 25, concealed in brush along the Little Pudding River, six miles northeast of town. Nude from the waist up, she had been strangled with a piece of rope, hands bound behind her back.

On April 7, 1984, police responded to reports of an abandoned car and traced it back to 18-year-old co-ed Katherine Redmond, who had borrowed the wheels from her roommate after a campus frat party. Last seen alive around 2:15 a.m., Redmond was found on April 11, her nude body discarded four miles from the spot where Rebecca Darling was discovered. Death had been induced by "traumatic asphyxiation," her vagina lacerated with some unknown foreign object. Witnesses reported sightings of a late-1960s Pontiac station wagon in the area where Redmond's car was recovered, around the time she must have met her killer.

Another Salem resident reported being bumped by a similar car, days earlier; the hulking driver had invited her to leave her car and "check the damage," but he soon lost interest when she countered with suggestions that they both drive to a nearby gas station.

By April 18, police were focusing on William Smith as their primary suspect. He owned the right kind of car, and in the early hours of April 7, he had called a tow truck to rescue him from a ditch near the place where Katherine Redmond's car was found. Before detectives had a chance to move against their man, he was incarcerated for 180 days after pleading guilty to a series of obscene and threatening phone calls.

On April 26, 1984, Smith was arraigned on two counts of first-degree murder in Salem. (Police saw no links between Smith and five other unsolved homicides that had plagued Salem since 1981.)

Waiving his right to a jury trial in July, Smith was convicted on all counts by the presiding judge, drawing two consecutive terms of life imprisonment. He must complete a minimum of forty years before he is considered for parole..." 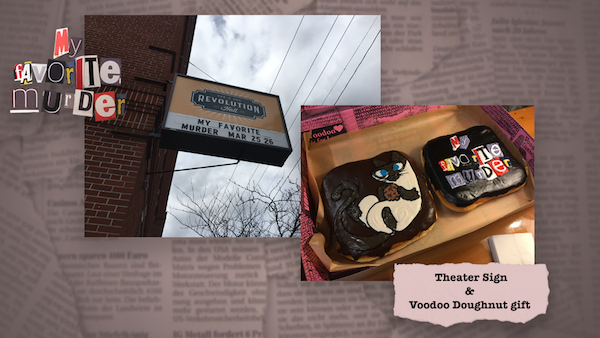 The Murders at Crater Lake

The Murders at Crater Lake Notes:

1945 Warner Bros. film “Tarzan and the Amazons” (via OffBeatOregon,com)

Old postcard of Phantom Ship in Crater Lake (via OffBeatOregon.com)

Old Man of the Lake (via Wikipedia)

"Crater Lake is a crater lake in south-central Oregon in the western United States. It is the main feature of Crater Lake National Park and is famous for its deep blue color and water clarity. The lake partly fills a nearly 2,148-foot (655 m)-deep caldera that was formed around 7,700 (± 150) years ago by the collapse of the volcano Mount Mazama. There are no rivers flowing into or out of the lake; the evaporation is compensated for by rain and snowfall at a rate such that the total amount of water is replaced every 250 years. With a depth of 1,949 feet (594 m), the lake is the deepest in the United States. In the world, it ranks ninth for maximum depth, and third for mean (average) depth.

Since 2002, one of the state's regular-issue license plate designs has featured Crater Lake[6] and a one-time plate surcharge is used to support the operation of Crater Lake National Park. The commemorative Oregon State Quarter, which was released by the United States Mint in 2005, features an image of Crater Lake on its reverse.

The lake and surrounding park areas offer many recreational activities including hiking, biking, snowshoeing, fishing, and cross-country skiing are available, and during the summer, campgrounds and lodges at Crater Lake are open to visitors..."

Old Man of the Lake Wikipedia