Live at the Bord Gáis Energy Theatre in Dublin

Episode 198: Live at the Bord Gáis Energy Theatre in Dublin

Simon Luttrell of Luttrellstown (via PubHist.com)

"For generations Darkey Kelly was knows in Dublin’s folk memory as the woman who was burned at the stake for witchcraft after she accused the Sheriff of Dublin, Luttrell, of fathering her baby. However, new research has revealed that she could have been Ireland’s first serial killer and the story of witchcraft is completely false.

Darkey Kelly was executed for the murder of at least five men. Their bodies were found in a brothel she owned in Dublin.

It had been thought that she was executed for witchcraft in 1746 but new research has shown that she was executed in public on January 7, 1761. This week marks the 250thh anniversary of her public burning at the stake. She was partially hanged and then publicly burnt alive on Baggot Street, in Dublin city center..." 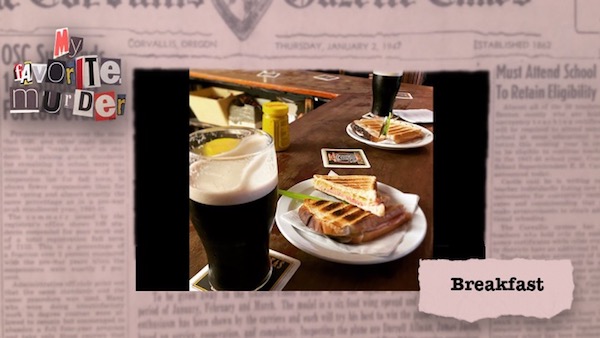 Saron Collins in 2012 (Photo by Tony Gavin via Independant.ie)

Niall, Robert and PJ Howard leaving the court (via Independant.ie)

"One of the most dramatic and bizarre trials in Irish criminal history came to its conclusion yesterday when Sharon Collins, 45, was sentenced to six years in jail after being convicted of conspiracy to murder and for soliciting an Egyptian-born casino worker to kill her partner and his two sons.

The Central Criminal Court heard that Collins is continuing to protest her innocence against charges that she plotted to kill her partner of 10 years, Clare businessman PJ Howard and his two sons in order to inherit his wealth estimated at €60m.

The Ennis woman who used the alias “Lying Eyes” to arrange a contract killing via a “Hitman for Hire” website has also indicated she will lodge an appeal against her conviction.

Collins, a mother of two from Ballybeg House, Kildysart Rd, Ennis, Co Clare, was convicted on three charges of conspiracy to murder Mr Howard and his sons, Robert and Niall in 2006. At the end of a 32-day trial last July she was also found guilty on three separate counts of soliciting Las Vegas-based poker dealer Essam Eid to kill the three men..."