Sticking Together & Helping Out

The Oversteegen Sisters and Hannie Schaft

Episode 192: Sticking Together & Helping Out

Karen and Georgia cover the disappearance of Emanuela Orlandi, and story of the Oversteegen Sisters and Hannie Schaft.

Image Source: Photo of Emanuela Orlandi from 2008 (via Wikipedia Commons)

Emanuela Orlandi, pictured as a child (via CNN.com)

The Teutonic Cemetery in Vatican City (via CNN.com)

Demonstrators gather around Pietro Orlandi during a commemoration ceremony in 2013 marking the 30th anniversary of his sister's disappearance (via CNN.com)

"Emanuela Orlandi (born 14 January 1968) was a citizen of Vatican City who mysteriously disappeared on 22 June 1983. Sightings of Orlandi in various places have been reported over the years, even inside Vatican City, but all have been unreliable.

Emanuela was the fourth of five children of Ercole and Maria Orlandi (née Pezzano). Her father was an employee of the Vatican Bank according to some reports, or an employee of the papal household according to others. In any event, the family lived inside Vatican City and the children had the free run of the Vatican gardens, according to Pietro Orlandi, Emanuela's older brother.[2][3] Orlandi was in her second year at a liceo scientifico (high school) in Rome. Although the school year had concluded, she continued to take flute lessons three times per week at the Tommaso Ludovico Da Victoria School, connected with the Pontifical Institute of Sacred Music. She was also part of the choir of the church of Sant'Anna dei Palafrenieri in the Vatican.

Orlandi usually travelled by bus to the music school. She would get off the bus after a few stops and then walk 180 to 210 metres (590 to 690 feet). On Wednesday 22 June 1983, Orlandi was late to class. She had asked Pietro to ride on the bus to the class, but he had other commitments. "I’ve gone over it so many times, telling myself if only I had accompanied her maybe it wouldn’t have happened," he recalled decades later.[4] Later that day, Emanuela called home, speaking to one of her sisters. Since then, there has been no trace of the teenager, and Italian investigators have been unable to reach a conclusion about what happened to her.

She had explained her tardiness in a telephone conversation with her sister, stating that she said she had received a job offer from a representative of Avon Cosmetics. Her sister suggested she talk it over with their parents before making any decisions. According to some reports, Orlandi allegedly met with the Avon rep shortly before her music lesson. At the end of the lesson, Orlandi spoke of the job offer with a girlfriend, who then left the girl at a bus stop in the company of another girl. Orlandi was allegedly last seen getting into a large, dark-coloured BMW.." 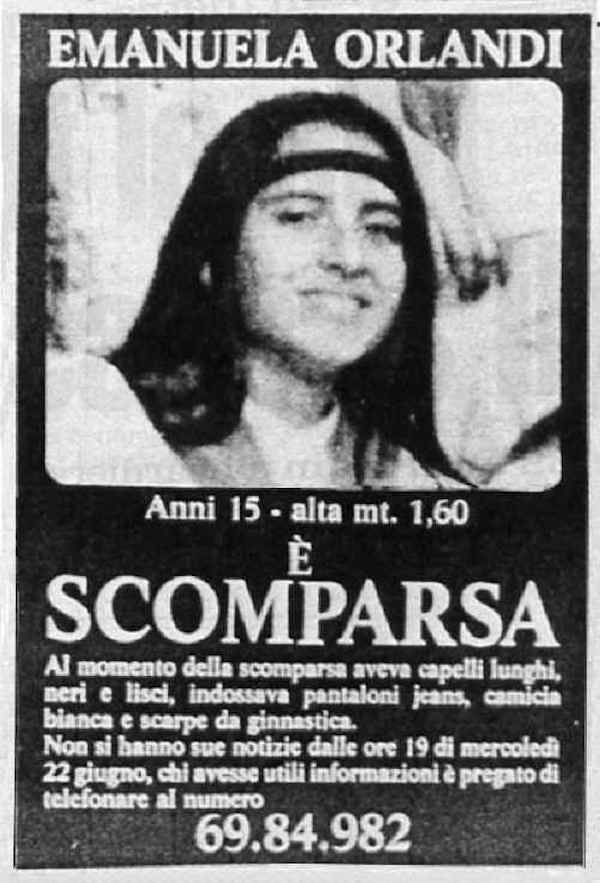 The Oversteegen Sisters and Hannie Schaft 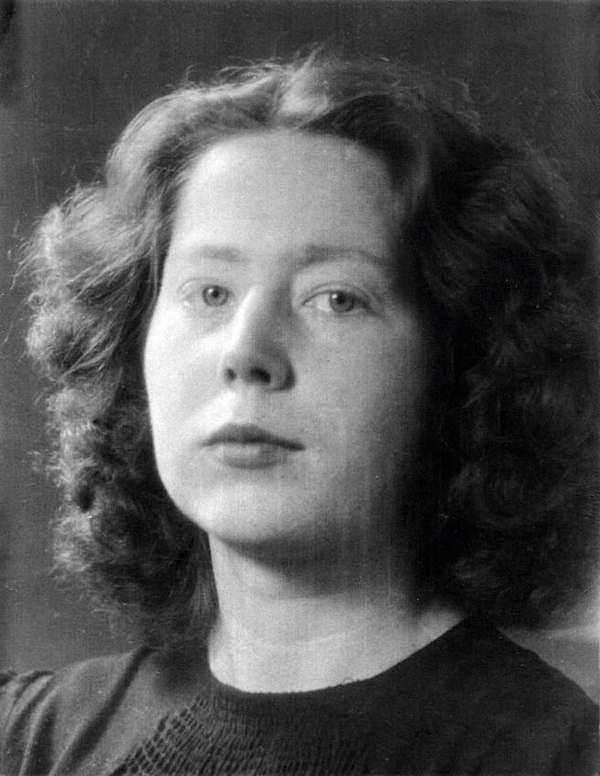 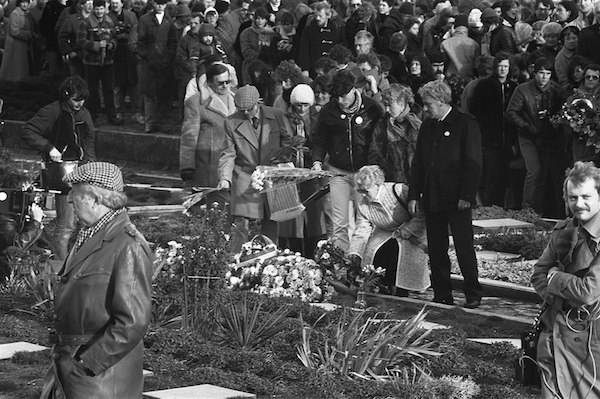 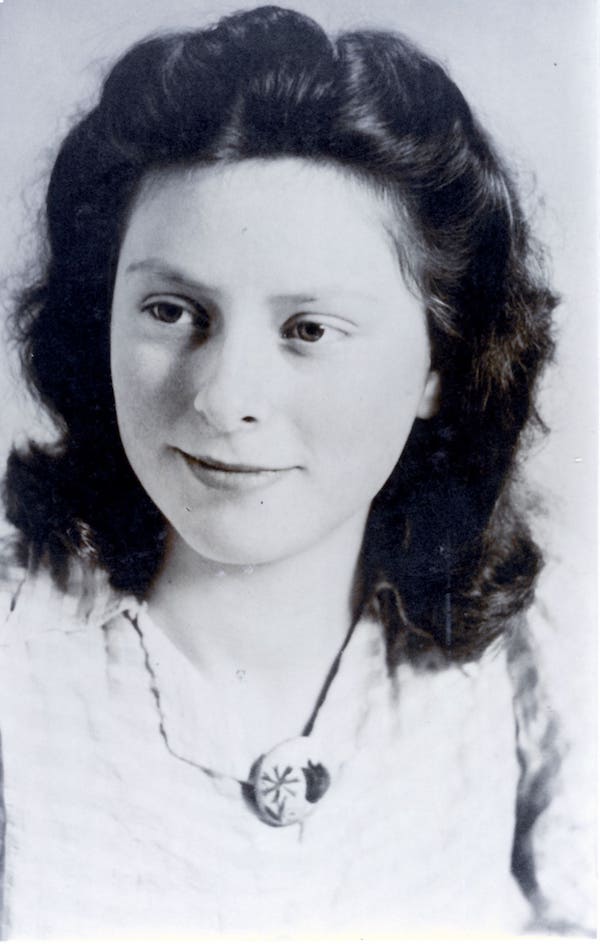 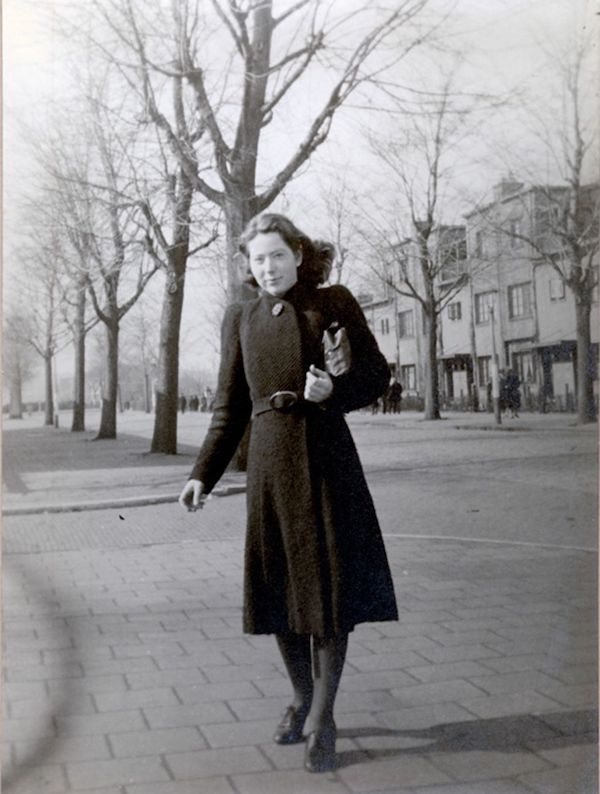 Hannie Schaft with coat under tree (via Wikipedia Commons)

Photo of Hannie Schaft with gun (via HannieSchaft.nl)

"During the war, the Oversteegen family hid a Jewish couple in their home. Freddie Oversteegen and her older sister Truus began handing out anti-Nazi pamphlets, which attracted the notice of Haarlem Council of Resistance commander Frans van der Wiel. With their mother's permission, the girls joined the Council of Resistance, which brought them into a coordinated effort. Freddie was fourteen years old at the time.

Oversteegen, her sister, and friend Hannie Schaft worked to sabotage the Nazi military presence in the Netherlands. They used dynamite to disable bridges and railroad tracks. Additionally, they aided Jewish children by smuggling them out of the country or helping them escape concentration camps.

The Oversteegens and Schaft also killed German soldiers, with Freddie the first of the girls to kill a soldier by shooting them while riding their bicycles. They lured soldiers to the woods under the pretense of a romantic overture and then killed them. Oversteegen would approach the soldiers in taverns and bars and ask them to "go for a stroll" in the forest..."

Cooking for myself — and a puppy Corgi named Schmutz!