The Murder of Lisa Cihaski

Karen and Georgia cover the Radium Girls and the murder of Lisa Cihaski.

Race For The Rescues

Listen to all the latest Exactly Right shows (The Murder Squad, Do You Need A Ride, The Purrrcast, The Fall Line, and This Podcast Will Kill You!)

"On April 10, 1917, an 18-year-old woman named Grace Fryer started work as a dial painter at the United States Radium Corporation (USRC) in Orange, New Jersey. It was four days after the US had joined World War I; with two soldier brothers, Grace wanted to do all she could to help the war effort. She had no idea that her new job would change her life — and workers’ rights — forever.

With war declared, hundreds of working-class women flocked to the studio where they were employed to paint watches and military dials with the new element radium, which had been discovered by Marie Curie a little less than 20 years before. Dial painting was "the elite job for the poor working girls"; it paid more than three times the average factory job, and those lucky enough to land a position ranked in the top 5% of female workers nationally, giving the women financial freedom in a time of burgeoning female empowerment. Many of them were teenagers, with small hands perfect for the artistic work, and they spread the message of their new job’s appeal through their friend and family networks; often, whole sets of siblings worked alongside each other in the studio.

Radium’s luminosity was part of its allure, and the dial painters soon became known as the "ghost girls" — because by the time they finished their shifts, they themselves would glow in the dark. They made the most of the perk, wearing their good dresses to the plant so they’d shine in the dance halls at night, and even painting radium onto their teeth for a smile that would knock their suitors dead.

Grace and her colleagues obediently followed the technique they’d been taught for the painstaking handiwork of painting the tiny dials, some of which were only 3.5 centimeters wide. The girls were instructed to slip their paintbrushes between their lips to make a fine point — a practice called lip-pointing, or a "lip, dip, paint routine," as playwright Melanie Marnich later described it. Every time the girls raised the brushes to their mouths, they swallowed a little of the glowing green paint..." 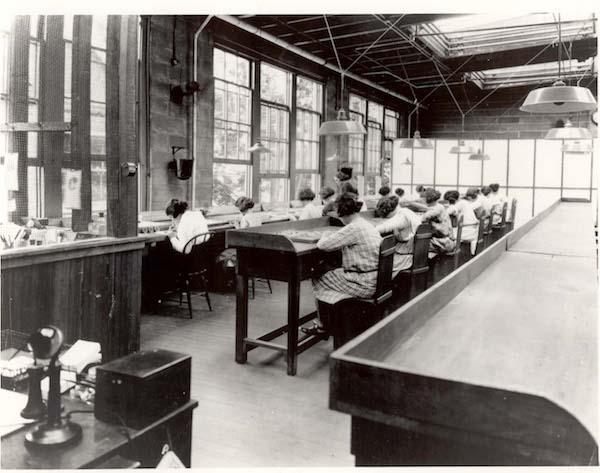 The Murder of Lisa Cihaski

The Murder of Lisa Cihaski Notes:

But it was a match that was not to be. Esker is charged with first-degree murder, the young woman who replaced her in Buss` affections is dead, and this dairy town and surrounding rural communities are stunned.

''Everybody was shocked and surprised. None of us thought she was capable of that,'' said Jodi Blomquist, a friend and fellow student at the University of Wisconsin at River Falls. She said she never saw a sign of bad temper in Esker.

Buss, 25, muscular and boyish-faced, and Esker, 20, a pretty blond majoring in agriculture and communications, broke up in midsummer after dating for more than a year and a half. In early September, Buss told friends he planned to give an engagement ring to Lisa Cihaski, a former girlfriend, on her 20th birthday Oct. 25.

On Sept. 21, Cihaski was found strangled in her car in the parking lot outside a Howard Johnson motel near Wausau, where she worked as an assistant sales and catering manager. Police sagely said they were looking for either a male or female suspect.

''When they said a woman suspect, a lot of us thought of Lori,'' said Jennifer Van Order, who attended Wittenberg-Birnamwood High School with Esker and Cihaski.

Within days, Marathon County sheriff`s deputies were talking to Esker. From Buss they learned of a loud quarrel between Esker and Cihaski on his farm June 23 after he talked of ending old relationships.

Last Monday Esker was charged with first-degree murder, which in Wisconsin carries a mandatory life sentence..."

The Prisoners Handbook by Deborah Blum

The Disappearing Spoon by Sam Kean

My mammogram results came back all clear! For the people who are like "ohh I'll do it later!" don't wait. Start when you're 40 so that you have a baseline. Be preventative so you don't have to do a biopsy.

I had Rosh Hashanah dinner at my house with my family and the brisket came out beautiful thanks to Vince. Also, Gifs are my fucking hooray!