Live at the Community Center Theater in Sacramento

Episode 148: Live at the Community Center Theater in Sacramento

"Lynette Alice "Squeaky" Fromme (born October 22, 1948) is an American criminal best known as a member of the "Manson family". She attempted to assassinate U.S. President Gerald Ford in 1975. She was sentenced to life imprisonment for the attempt, but was released on parole on August 14, 2009, after serving nearly 34 years.

Fromme was born in Santa Monica, California, the daughter of Helen (née Benzinger) and William Millar Fromme, an aeronautical engineer.[1] As a child, she performed for a popular dance group called the Westchester Lariats, which began touring the United States and Europe in the late 1950s, and appeared on The Lawrence Welk Show and at the White House.

In 1963, the family moved to Redondo Beach, and Fromme began using alcohol and drugs. Her grades dropped at Redondo Union High School, but she graduated in 1966. She moved out of her parents' house for a few months before her father convinced her to consider El Camino College. She lived there for two months before an argument with her father rendered her homeless.

In 1967, Fromme went to Venice Beach, suffering from depression. Charles Manson had recently been released from the federal prison at Terminal Island, and he struck up a conversation with her. Fromme found Manson's philosophies and attitudes appealing, and the two became friends and traveled together with other young people, including Mary Brunner and Susan Atkins. She lived with the Manson Family in Southern California at Spahn Ranch where they worked for their keep, and at the Barker Ranch in Death Valley, which was owned by a Family member's grandmother. Ranch owner George Spahn gave her the nickname "Squeaky" because of the sound that she made when he touched her.

Manson and some of his followers were arrested for the Sharon Tate and Leno and Rosemary LaBianca murders in 1969, and Fromme and the remaining Manson Family camped outside the trial. Manson and fellow defendants Patricia Krenwinkel, Leslie Van Houten, and Atkins carved Xs into their foreheads, and so did Fromme and her compatriots. They proclaimed Manson's innocence and preached his apocalyptic philosophy to the news media and to anyone else who would listen. Fromme was never charged with involvement in the murders, but she was convicted of attempting to prevent Manson's imprisoned followers from testifying, as well as contempt of court when she refused to testify. She was given short jail sentences for both offenses.

Fromme and Sandra Good moved into a dilapidated attic apartment in downtown Sacramento, as they wanted to be near Manson who had been moved to Folsom Prison. Around 1973, Fromme started work on an extensive 600-page book about the Manson family, including intricate drawings and photos; other family members had contributed to it as well. Fromme sent it to publishers, but she dropped it after discussing it with Clem Grogan, deciding that the project was too incriminating. The book, Reflexion, was published by Peasenhall Press in 2018.

Fromme moved to Stockton with Nancy Pitman, Priscilla Cooper, and ex-convict Aryan Brotherhood members Michael Monfort and James Craig, in order to follow through with Manson's deal with the Brotherhood. This group met James and Lauren Willett at a cabin. In November 1972, Montfort and Craig forced James to dig his own grave and then shot him because he was going to tell the authorities about a series of robberies that they had committed after they were released from prison. His body was found with his hand still sticking out of the ground. The housemates were arrested on suspicion of murder, after which Lauren's body was discovered in the basement. She had been shot to death. The Willetts' eight-month old daughter, Heidi, was also found alive in the house. Fromme was released for lack of evidence.

The Sonoma County coroner's office concluded that James Willett was killed sometime in September 1972, although his decapitated body was not found until the beginning of November. He had been buried near Guerneville. On the night of November 11, 1972, the Stockton Police responded to information that a station wagon owned by the Willetts was parked in front of 720 W. Flora St. Police Sgt. Richard Whiteman forced his way into the house. "All the persons subsequently arrested were in the house except for Fromme. She telephoned the house while police were there, asking to be picked up, and officers obliged, taking her into custody nearby. Police found a quantity of guns and ammunition in the house along with amounts of marijuana, and noticed freshly dug earth beneath the building."

Fromme later told reporters that she had been traveling in California trying to visit "brothers" in jail and to visit Manson.[9] She said that she came to Stockton on November 10 to visit William Goucher, who was in jail on a robbery charge when Lauren Willett died.[10] When she left the jail after visiting Goucher, she called the house on Flora Street to have someone pick her up, and the Stockton Police traced the call and arrested her at a phone booth.

The Stockton Police exhumed the body of Lauren Willett the following day. Priscilla Cooper told investigators that she had been shot accidentally. Cooper contended that Monfort was "demonstrating the dangers of firearms, playing a form of Russian roulette with a .38 caliber pistol" and had first spun the gun cylinder and shot at his own head, and then pointed it at the victim, when it fired. The police determined that Lauren had been with them voluntarily. Fromme was held in custody for 2​1⁄2 months but never charged; she said she was innocent of any wrongdoing. The other four people involved were convicted.

After leaving Stockton, Fromme moved into a Sacramento apartment with fellow Manson family member Sandra Good. The two wore robes on occasion and changed their names to symbolize their devotion to Manson's new religion, Fromme becoming "Red" in honor of her red hair and the California Redwoods, and Good became "Blue" for her blue eyes and the ocean; both nicknames were originally given to them by Manson.

On the morning of September 5, 1975, Fromme went to Sacramento's Capitol Park to plead with President Gerald Ford about the plight of the California redwoods, dressed in a red robe and armed with a Colt M1911, .45-caliber semiautomatic pistol. The pistol's magazine was loaded with four rounds, but there was no round in the chamber. When she pointed the gun at Ford she was immediately restrained by Secret Service agent Larry Buendorf. She managed to say a few sentences to the on-scene cameras while being handcuffed, emphasizing that the gun "didn't go off". In 1980, Fromme told The Sacramento Bee that she had deliberately ejected the round from her weapon's chamber before leaving home that morning, and investigators found the round on her bathroom floor.

Fromme refused to cooperate with her own defense during her trial, but she was finally convicted of the attempted assassination of the president and received a life sentence under a 1965 law which made attempted presidential assassinations a federal crime punishable by a maximum sentence of life in prison. Attorney Dwayne Keyes recommended severe punishment because she was "full of hate and violence"; Fromme threw an apple at him, hitting him in the face and knocking off his glasses. She told the press that she "came to get life. Not just my life but clean air, healthy water, and respect for creatures and creation."

In 1979, Fromme was transferred out of Federal Correctional Institution, Dublin, for attacking fellow inmate Julienne Bušić with a hammer. On December 23, 1987, she escaped from Federal Prison Camp Alderson in West Virginia, attempting to meet Manson, who had testicular cancer. She was captured two days later and incarcerated at the Federal Medical Center, Carswell, in Fort Worth, Texas.

She continued to profess total allegiance to Manson. Vincent Bugliosi wrote in Helter Skelter that Fromme and Good were the only members of the Manson family who had not renounced Manson. She once told an Associated Press reporter, "The curtain is going to come down on all of us, and if we don't turn everything over to Charlie immediately, it will be too late."

Fromme first became eligible for parole in 1985 and was entitled by federal law to a mandatory hearing after 30 years, but she could waive that hearing and apply for release at a later date. She waived her right to request a hearing and was required by federal law to complete a parole application before one could be considered and granted. She was granted parole in July 2008, but was not released because of the extra time added to her sentence for the 1987 prison escape.[18] She was released on parole from Federal Medical Center Carswell on August 14, 2009,[19][20] and moved to Marcy, New York, where she lives in a house decorated with skulls with her boyfriend Robert Valdner, who plead guilty to a manslaughter charge in 1988. 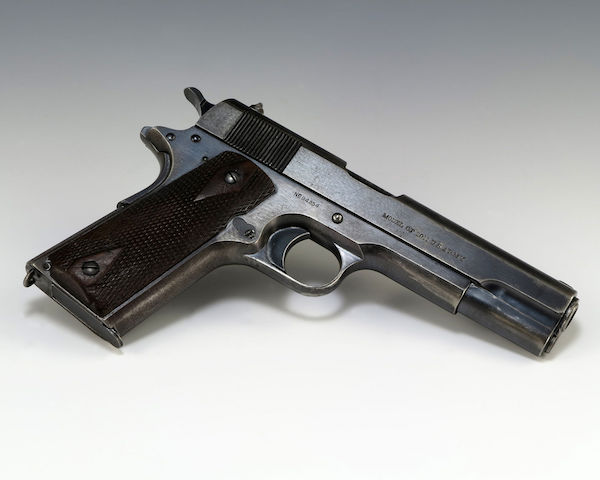 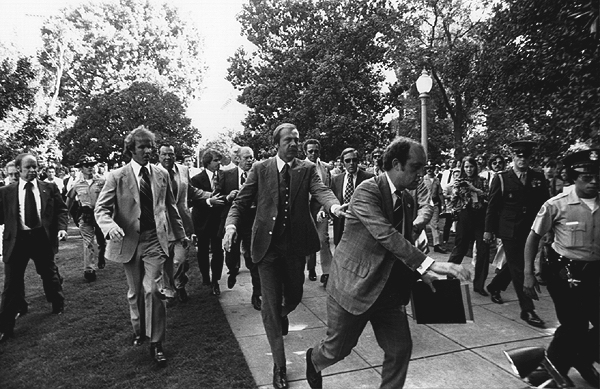 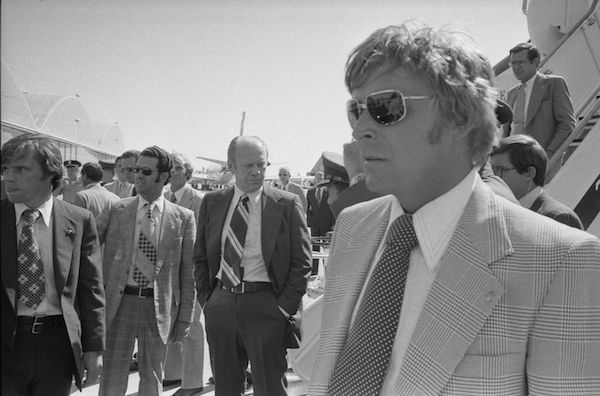 "Brumfield and Kels were both highly-regarded men in their respective towns. Both killed an innocent man as a body double in an attempt to fake his own death. Both employed the burning car motif. Both got caught, and both were hanged, albeit Brumfield escaped the official hangman by doing the job himself..."