Live at Vicar Street in Dublin

Karen and Georgia cover Colin Whelan and the Stoneybatter Strangler.

"Mary Gough (27) had been married to Colin Whelan for just six months when her body was found at the bottom of the stairs in their home in Clonard Street, Balbriggan, Co Dublin, on March 1st, 2001.At first glance it looked like a tragic accident, until it emerged she had been strangled.Just over a month later Whelan (34), originally from Gormanston, Co Meath, was charged with his wife's murder. He denied the charge and his trial was set for October 13th, 2003.However, on March 12th, seven months before the trial date, a Peugeot 206 car registered in his name was found on the Upper Cliff Road in Howth with some of his personal belongings in it.A major sea, air and land search was carried out but no trace of the computer analyst was found. However, gardaí and the Gough and Whelan families believed he was still alive.After he failed to return home, a legal battle over the car ensued between the Gough and Whelan families.At a hearing in Dublin District Court last year, it was decided the car should be handed over to the State.Then, when it appeared that the case was going nowhere, an observant holidaymaker gave gardaí the breakthrough they were looking for.On his return from Majorca, the holidaymaker contacted gardaí to say he believed he had recognised Whelan working in a bar in the resort of Puerto Portals.He was known to his colleagues in the Squadron Bar as "Martin Sweeney" and had told friends his parents were dead and he had no family.He had a girlfriend and quite a few acquaintances, staff told the media afterwards.The bar was popular with Irish and British holidaymakers.Interpol was alerted and, with the co-operation of the Spanish police, Whelan was extradited from Spain on July 10th, 2004, to face a charge of murdering his wife.Four years after her death, Mary Gough's family say they still do not know why the legal secretary was killed.Speaking to The Irish Times yesterday from her home in Stamullen, Co Meath, her mother Marie Gough said the family knew little about the circumstances of the death as the inquest had not been held yet.Mrs Gough said she was relieved the family would not have to sit through the court case."I am glad, yes. All we were looking for was justice. It's not a whole lot to look for, justice for everyone's sake, not just ours," Mrs Gough said. "There are no winners in this case. We've had four long years of not knowing what was going on. Then he was gone and then he was brought back."Ms Gough was the only girl in a family of six children.Her mother remembered her as a good and thoughtful daughter.She said she was not looking forward to today's sentence hearing, but was glad it would soon be over."It will be hard, but justice is being done and that's what matters," Mrs Gough said..." 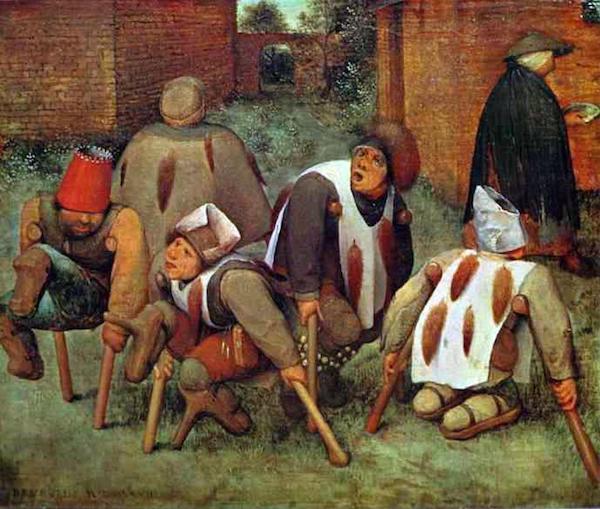 "The handsome, deformed Billy in the bowl evolved a plan to rob those who took pity on him. Then, one night, he made the biggest mistake of his life

DUBLIN in the eighteenth century was noted for two things - the architectural beauty of its public buildings and the large number of beggars who sought alms in its maze of streets and lanes. Many of these beggars relied on visitors and the gentry for their coin, but there was one who campaigned among the working class. This was "Billy In The Bowl"

The strange nickname was derived from the fact that Billy's sole means of transport was a large bowl-shaped car with wheels. Seated in this “bowl " the beggar would propel himself along by pushing against the ground with wooden plugs, one in each hand.

Billy's unusual means of conveyance was vitally necessary, as he had been born without legs. Nature, however, had compensated for this by endowing him with powerful arms and shoulders and, what was most important, an unusually handsome face. This was Billy's greatest asset in his daily routine of separating sympathetic passers-by from their small change.

The cunning young beggar would wait at a convenient spot on one of the many lonely roads or lanes which were a feature of eighteenth century Grangegorman and Stoneybatter, until a servant girl or an old lady would come along. He would then put on is most attractive smile which, together with his black curly hair, never failed to halt the females. The fact that such a handsome young man was so terribly handicapped always evoked pity.

Billy in the bowl, however, wasn't satisfied with becoming the daily owner of a generous number of small coins; what his greed demanded were substantial sums of money. The more he managed to get the more he could indulge in his pet vices - gambling and drinking.

As a result the beggar evolved a plan to rob unsuspecting sympathisers. The first time he put his plan into operation was on a cold March evening as dusk, was falling. The victim was a middle aged woman who was passing through Grangegorman Lane on her way to visit friends in Queen Street - on Dublin's North Quays.

When Billy heard the woman's footsteps, he hid behind some bushes in a ditch which skirted the lane. As his unsuspecting victim drew close, the beggar moaned and shouted, and cried out for help. Trembling with excitement, the woman dashed to the spot where Billy lay concealed. She bent down to help the beggar out of the ditch, when two powerful arms closed around her throat and pulled her into the bushes.

In a few minutes it was all over. The woman lay in a dead faint, and Billy was travelling at a fast rate down the lane in his “bowl ", his victim's purse snug in his coat pocket. An hour after the robbery the woman was found in a distressed condition, but failed to give a description of her assailant. Again and again the beggar carried out his robbery plan, always shifting the place of attack to a different part of Grangegorman or Stoneybatter. By this time I suspect he must have killed his victims. However, as Billy in the bowl had predicted, nobody suspected a deformed beggar.

On one occasion Billy in the bowl tried his tactics on a sturdy servant girl who put up such a vigorous resistance that he was forced to strangle her. This must have been a particularly awful crime for the incident became known as the 11 Grangegorman Lane Murder and caused a great stir. Hundred’s flocked to the scene of the crime and for a couple of months Billy in the bowl was forced to desert his usual haunts. Around this period (1786) Dublin's first-ever police force was being mobilised, and the first case they were confronted with was the Grangegorman lane murder.

Months passed and Billy in the bowl reverted once again to his old pastime. A number of young servant girls were lured into ditches and robbed, and the police were inundated with so many complaints that a nightly patrol was placed on the district. However, the beggar still rolled along in his bowl pitied and unsuspected. Then came the night that finished Billy's career of crime.

Two sturdy built female cooks, trudging back to their places of employment after a night out in the city, were surprised and not a little shocked to hear shouts for help. Rushing over, they came upon a huddled figure in the ditch. Billy, thinking there was only one woman, grabbed one of the cooks and tried to pull her into the ditch. She proved much too strong for him however and while resisting tore at his face with her sharp finger-nails. Meanwhile, her companion acted with speed and daring. Pulling out her large hatpin she made for the beggar and plunged the pin into his right eye.

The screams and howls of the wounded beggar reverberated throughout the district and brought people dashing to the scene. Among them was a member of the nightly police patrol who promptly arrested the groaning Billy. Most of the valuables were picked up on the ground where the attack had taken place, and some of the party procured a strong hand-barrow, on which Billy was conveyed in triumph to prison.

Although it was suspected it could not be proved that he murdered his victims but he was convicted of robbery with violence and confined in the jail in Green Street. Although he was severely disabled he was employed in hard labour for the remainder of his days. His notoriety caused him to be viewed as an object of curiosity and because of this certain members of high society visited the prison in order to titillate their senses.

Although it was never proven that it was he who had committed the murders in the Grangegorman-Stoneybatter district the area once more settled back into some sort of normality. A quiet suburb where old ladies and young girls could walk the streets safely as they went about their business..."