Karen and Georgia cover the Lipstick Killer and the Lindbergh Baby kidnapping.

The 17-year-old suspect, Heirens, behind bars on Dec. 10, 1945. From Getty Images (via AllThatsInteresting.com)

The note found scrawled in Frances Brown’s lipstick at the scene of her murder (via AllThatsInteresting.com)

William Heirens outside court after his attempt to commit suicide by hanging himself in his cell with a bedsheet (via AllThatsInteresting.com)

Heirens in prison in 2012. From Peter Thompson/Associated Press (via AllThatsInteresting.com)

"William George Heirens was an American convicted serial killer who confessed to three murders in 1946. Heirens was called the Lipstick Killer after a notorious message scrawled in lipstick at a crime scene.

After the sodium pentothal questioning but before the polygraph exam, Heirens spoke to Captain Michael Ahern. With State's Attorney William Tuohy and a stenographer at hand, Heirens offered an indirect confession, confirming his claim while under sodium pentothal that his alter-ego "George Murman" might have been responsible for the crimes. That "George" (which happens to be his father's first name and Heirens's middle name) had given him the loot to hide in his dormitory room. Police hunted all over for this "George" questioning Heirens's known friends, family, and associations, but came away empty-handed.

Heirens was attributed as saying while under the influence that he met "George" when he was 13 years old; that it was "George" who sent him out prowling at night, that he robbed for pleasure, and "killed like a cobra" when cornered. "George" related his secrets to Heirens. Heirens allegedly claimed that he was always taking the rap for George, first for petty theft, then assault and now murder. Psychologists explained at the time that, in the same way children make up imaginary friends, Heirens made up this personality to keep his antisocial feelings and actions separate from the person who could be the "average son and student, date nice girls and go to church..."

Authorities were skeptical regarding Heirens's claims and suspected that he was laying the groundwork for an insanity defense, but the confession earned widespread publicity with the press transforming "Murman" to "Murder Man"..." 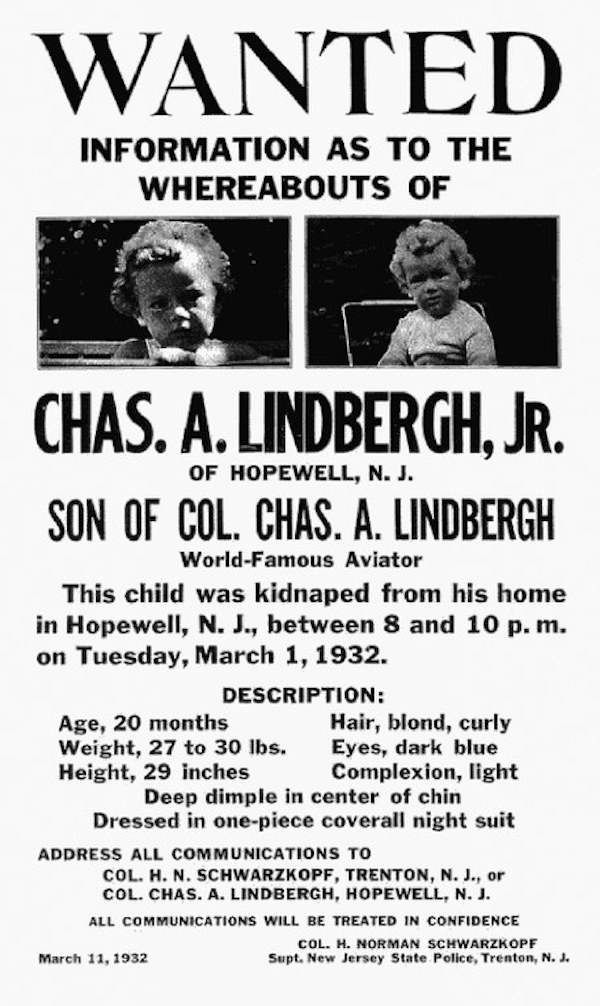 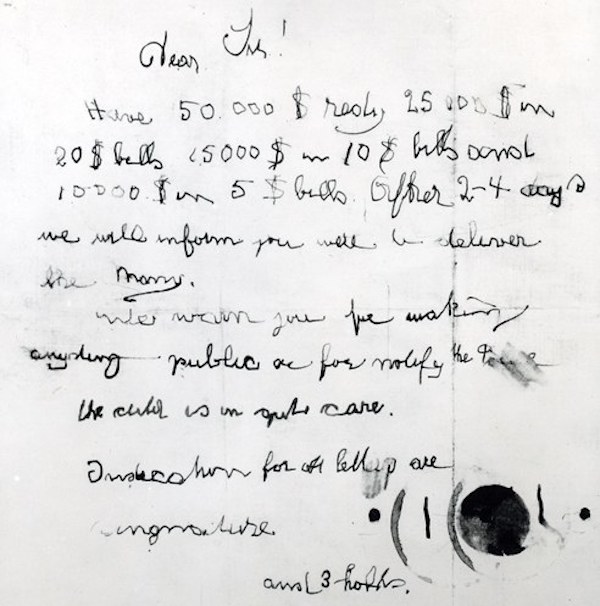 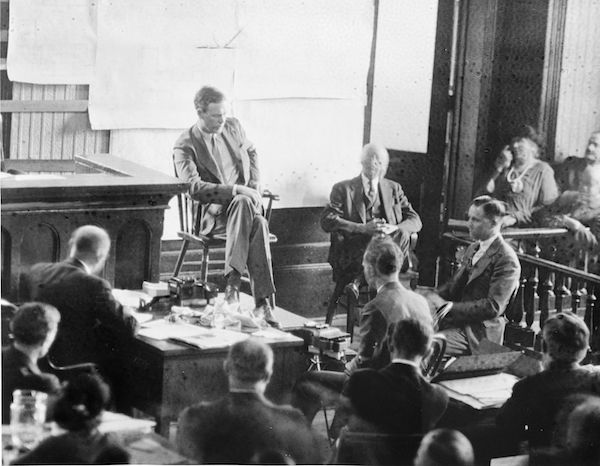 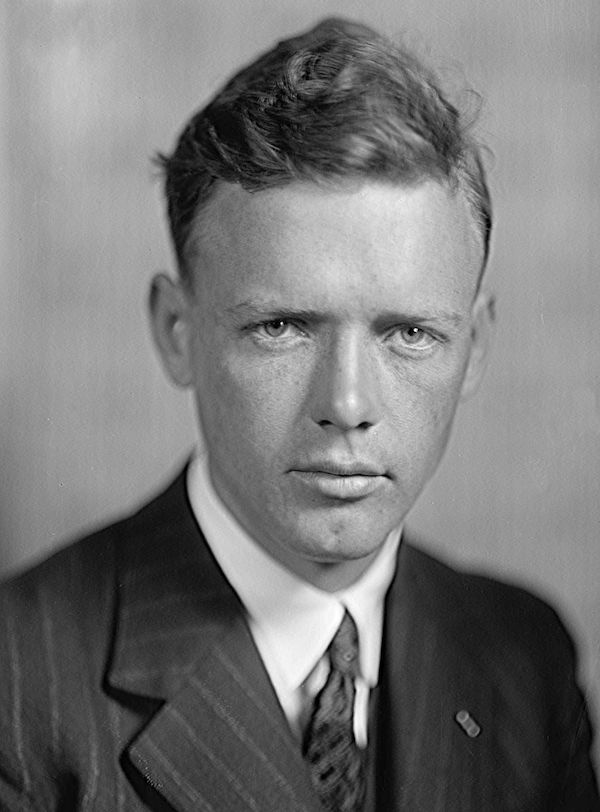 Charles A. Lindbergh Jr., victim of the infamous Lindbergh baby kidnapping, sitting outside his home, several months before his abduction. From FBI Archives (via AllThatsInteresting.com)

"At 7:30 p.m. on March 1, 1932, Lindbergh family nurse Betty Gow put 20 month-old Charles, Jr. into his crib. Around 9:30 p.m. the baby's father Charles was in the library just below the baby's room when he heard a noise that he imagined to be slats breaking off a full crate in the kitchen. At 10:00 p.m., Gow discovered that the child was missing from the crib. The nurse also found that the baby was not with his mother, Anne Morrow Lindbergh, who had just come out of the bathtub. Gow then alerted Charles Lindbergh, who immediately went to the child's room, where he found the kidnapper's ransom note in an envelope on the windowsill; the note contained bad grammar and handwriting. He then took a gun and went around the house and grounds with butler Olly Whateley. They found impressions in the ground under the window of the child's room and pieces of a cleverly designed wooden ladder. They also found a baby's blanket. Whateley telephoned the Hopewell police department to inform them of the missing child. Charles Lindbergh then contacted his attorney and friend, Henry Breckinridge, and the New Jersey state police.

Within 20 minutes, police were en route to the home..."

I took Twitter off of my phone — I just couldn’t stand scrolling and seeing all the bad and dumb news anymore. I did it and I’m having withdrawals, but I think it's for the best. My other one is the TV show “Barry,” which I’m enjoying so much!

I was watching “A Chef’s Table: Pastry” and there is this guy from Spain named Jordi Roca who has been named Top Pastry Chef of the World multiple times — he makes art, it doesn’t look like a dessert or like you’re supposed to eat it at all. He makes something what Flowers of Girona that is incredible.