Karen and Georgia cover the arrest of the Golden State Killer. Plus investigative journalist Billy Jensen calls in.

Joseph James DeAngelo, 72, who authorities say was identified by DNA evidence as the serial predator called the Golden State Killer. From Fred Greaves/Reuters (via NBCnews.com)

"The Golden State Killer is a serial killer, rapist, and burglar who committed at least 13 murders, more than 50 rapes, and over 100 burglaries in California from 1974 to 1986. He is believed to be responsible for three crime sprees throughout California, each of which spawned a different nickname in the press before it became evident that they were committed by the same person.

In the Sacramento area he was known as the East Area Rapist, and was linked by modus operandi (MO) to additional attacks in Contra Costa County, Stockton, and Modesto. He was later known for his southern California crimes as the Original Night Stalker. He is suspected to have begun as a burglar (the Visalia Ransacker) before moving to the Sacramento area, based on a similar MO and circumstantial evidence.

During the investigation, several suspects have been cleared through DNA evidence, alibi, or other investigative methods. In 2001, DNA testing indicated that the East Area Rapist and the Original Night Stalker were the same person and he was known as the EAR/ONS. The FBI and local law-enforcement agencies held a news conference on June 15, 2016, to announce a renewed nationwide effort, offering a US$50,000 reward for his capture. The case was a factor in the establishment of California's DNA database, which collects DNA from all accused and convicted felons in California and has been called second only to Virginia's in effectiveness in solving cold cases. To heighten awareness that the uncaught killer operated throughout California, crime writer Michelle McNamara coined the name "Golden State Killer" in early 2013.

On April 24, 2018, authorities charged 72-year-old U.S. Navy veteran and former police officer Joseph James DeAngelo with eight counts of first-degree murder, based upon DNA evidence. This was also the first announcement connecting the Visalia Ransacker crimes to the Golden State Killer. Due to California's statute of limitations on pre-2017 rape cases, DeAngelo cannot be charged with late-1970s rapes, but he was charged in August 2018 with 13 related kidnapping / abduction attempts.

DNA evidence links the Golden State Killer to eight murders in Goleta, Ventura, Dana Point and Irvine; two other murders in Goleta, lacking DNA evidence, are linked by modus operandi (MO). Investigators suspect the same killer in three other murders: two in Rancho Cordova and one in Visalia. The offender also committed more than 50 known rapes in the California counties of Sacramento, Contra Costa, Stanislaus, San Joaquin, Alameda, Santa Clara and Yolo, in addition to hundreds of incidents of burglaries, peeping, stalking and prowling.

On April 24, 2018, the Sacramento County Sheriff's Department arrested 72-year-old Joseph James DeAngelo in connection with the crimes. DeAngelo, a former police officer in Auburn and Exeter, California, was charged with eight counts of first-degree murder with special circumstances. On May 10, the Santa Barbara County District Attorney's office charged DeAngelo with four additional counts of first-degree murder.

Identification of DeAngelo had begun four months earlier when officials, led by detective Paul Holes, uploaded the killer's DNA profile from a Ventura County rape kit to the personal genomics website GEDmatch. The website identified 10 to 20 distant relatives of the Golden State Killer (sharing the same great-great-great grandparents), from whom a team of five investigators working with genealogist Barbara Rae-Venter constructed a large family tree. They identified two suspects in the case (one of whom was ruled out by a relative's DNA test), leaving DeAngelo the main suspect. On April 18, a DNA sample was surreptitiously collected from the door handle of a car DeAngelo had been driving at the Roseville Hobby Lobby. Soon after, a sample was collected from a tissue found in DeAngelo's curbside garbage can. Both samples were consistent with the Orange and Ventura County suspect profiles. After DeAngelo's arrest, some commentators raised concerns about the ethics of the secondary use of personally identifiable information..." 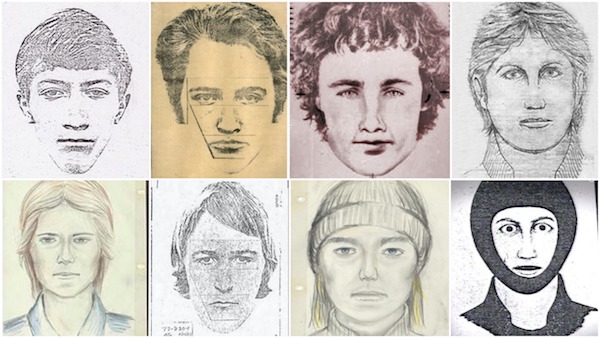 Michelle McNamara's book, "I'll Be Gone in the Dark"

Watch ID's special Golden State Killer: It's Not Over

Buy ID's special Golden State Killer: It's Not Over

Podcast I'll Be Gone In The Dark